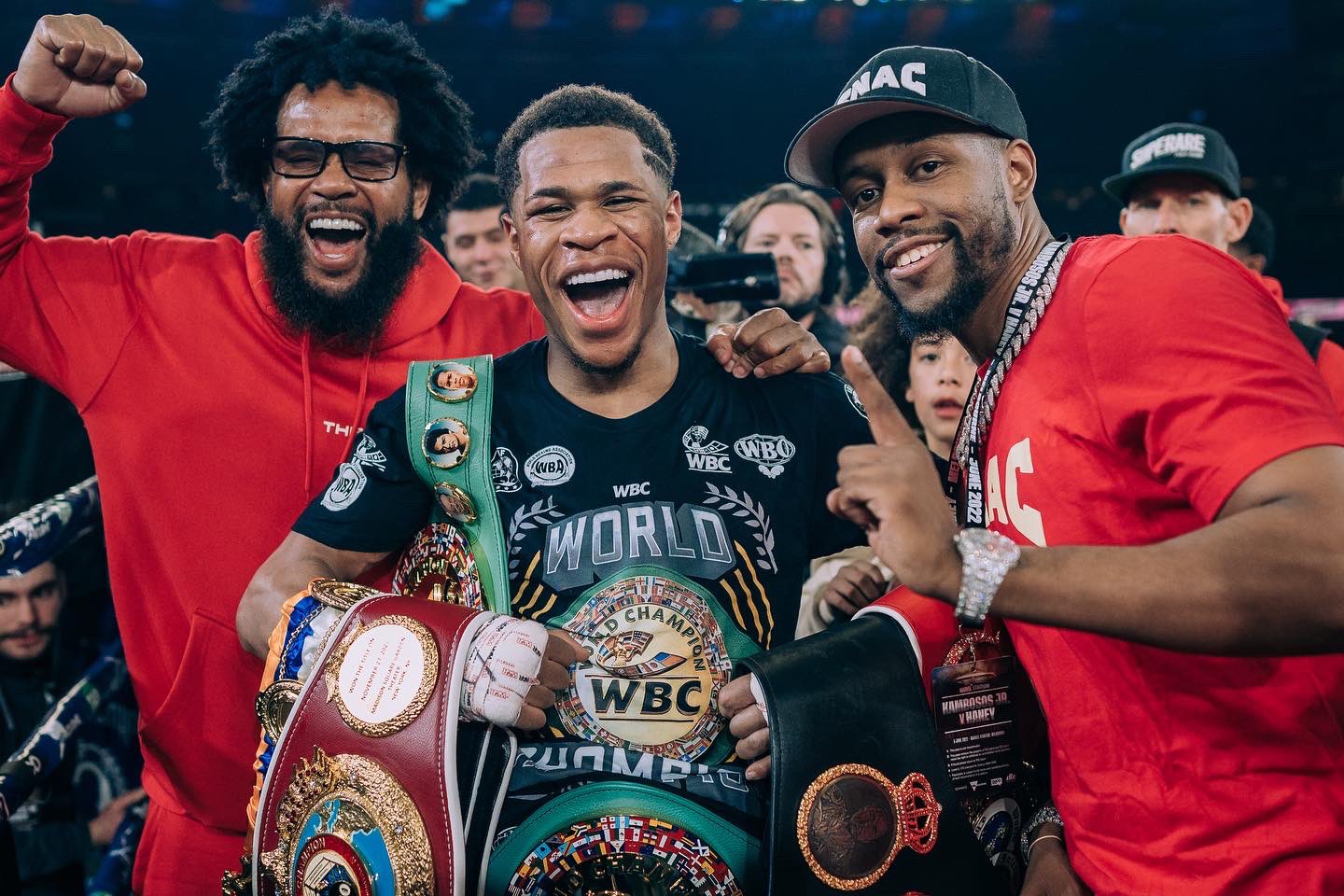 They may not be meeting in the ring anytime soon, but undisputed lightweight champion Devin Haney is trading blows with Gervonta Davis and his team online. It all started yesterday when Haney indicated that Davis, who is frequently accused of facing soft touches, will never fight anyone who can truly challenge him in the ring. The entire online affair switched lanes as Haney traded words with Showtime Sports honcho Stephen Espinoza, whose network broadcasts Davis fights. “Stephen,” Haney tweeted, “I have no problem taking Tanks Mickey Mouse belt in December…” For the record, Espinoza had previously tweeted that Haney and others would not be available to face Davis in December, when Davis is expected to return to the ring.

“I’d be happy to discuss it,” Espinoza responded to Haney, “but I understand you’ve signed a promotional agreement, which, as you know, means that all discussions must be handled by your promoter, and they have final say on who you fight. Have them give me a call. Best of luck in your Oct fight.” Haney was having nonet of it. “We both know that I have a co-promotional deal,” he tweeted back at Espinoza, “my father has reached out to you numerous times with no response back… knock it off Stephen….” Espinoza claimed innocence.

“I don’t know anything about your deal,” he stated. “Whoever is legally authorized to handle your deals can reach out to me. I don’t negotiate deals on Twitter, and neither should you…unless you’re just doing it for clout.” Once again, Haney was having none of it. “Stop being lame Stephen… i just said my dad has reached out to you numerous times and you know it’s the truth! Clout?? GTFOH! It sound like you want the clout being a network executive getting in fighter vs fighter business….”

It’s worth noting boxing has frequently become an internet contest rather than a contest settled in the ring, which is a sad thing. With that being said, it’s also worth noting that many fans appreciate, if not truly love, internet feuds between boxers and/or boxer’s teams. When two top fighters can’t – or simply won’t, for whatever reason – meet in the ring, fans will inevitably be drawn to the feuds of Twitter, which, like it or not, are colorful and even entertaining at times. Fortunately for the sport, there’s been plenty of high level competition in the ring in 2022 to satisfy fan’s appetites.