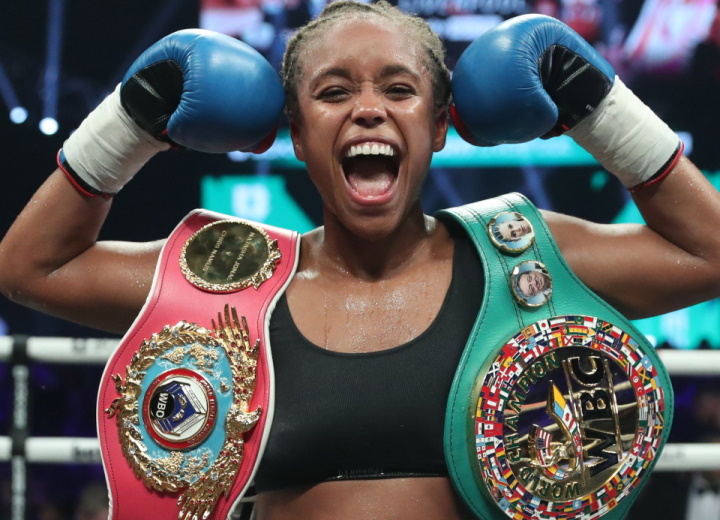 Liverpool – It was a successful unification of the WBO and WBC super welterweight world championships by ‘Miss GB’ Natasha Jonas in a 10 round barnstormer of a fight against an undefeated world champion in Patricia Berghult.

Berghult had genuine success boxing at long range in the first few rounds, but Jonas showed superior skills to close the distance and land concussive shots for the rest of the fight.

Jonas turned the fight into a gritty brawl at close range, which she consistently dominated. Throughout the later rounds in the fight, Jonas made Berghult miss and landed hard hooks to the head and the body.

Jonas looked close to finding the stoppage throughout the closing rounds, but Berghult wouldn’t be put down, and kept scrapping until the final bell, meaning Miss GB had to take a wide decision on the judge’s scorecards.

As far as the future, Jonas wants to unify her weight class – and she would consider fighting for world titles in different divisions as well.

“There’s two other belts to get and always the opportunity to become a two-weight or possibly three-weight [champion] because it is no secret I won’t make super featherweight again,” Jonas told Sky Sports.

“I thought I lost a couple of rounds if I am honest but I can never really judge. I can hear [trainer] Joe [Gallagher] in the corner giving me hell all the way through, ‘no, no, no, no’ and I think ‘oh god I am doing it wrong’ but we came out with it.

“I honestly didn’t think it could get any better than [winning my first title in] Manchester and tonight blew me away. I am so humbled by all the support, the love and the family and friends who support me every time. I always try and carry Liverpool with the best of my ability and do all the Scousers proud because we stick together, we love each other and we support one another.”