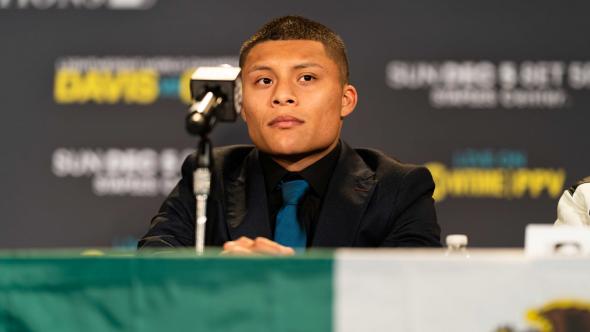 Fresh off an April win over Yuriorkis Gamboa, the 23-2-1 Isaac Cruz took on the 27-2-3 Eduardo Ramirez Sunday night in a scheduled 12 round lightweight affair as the co-main of the Andy Ruiz-Luis Ortiz pay per view card. Cruz began stalking his man straight from the opening bell. Moving forward in his crouched stance, the man had slipped directly into hunter mode.

And hunt Ramirez he did. An explosive left in the second put Ramirez down. To his credit, Ramirez got to his feet. The man might have been better off staying down, for Cruz moved forward and literally pounded his helpless opponent out of the contest. Referee Jack Reiss wisely didn’t bother with counting after Ramirez went down for the second time, opting instead to simply wave the fight off.