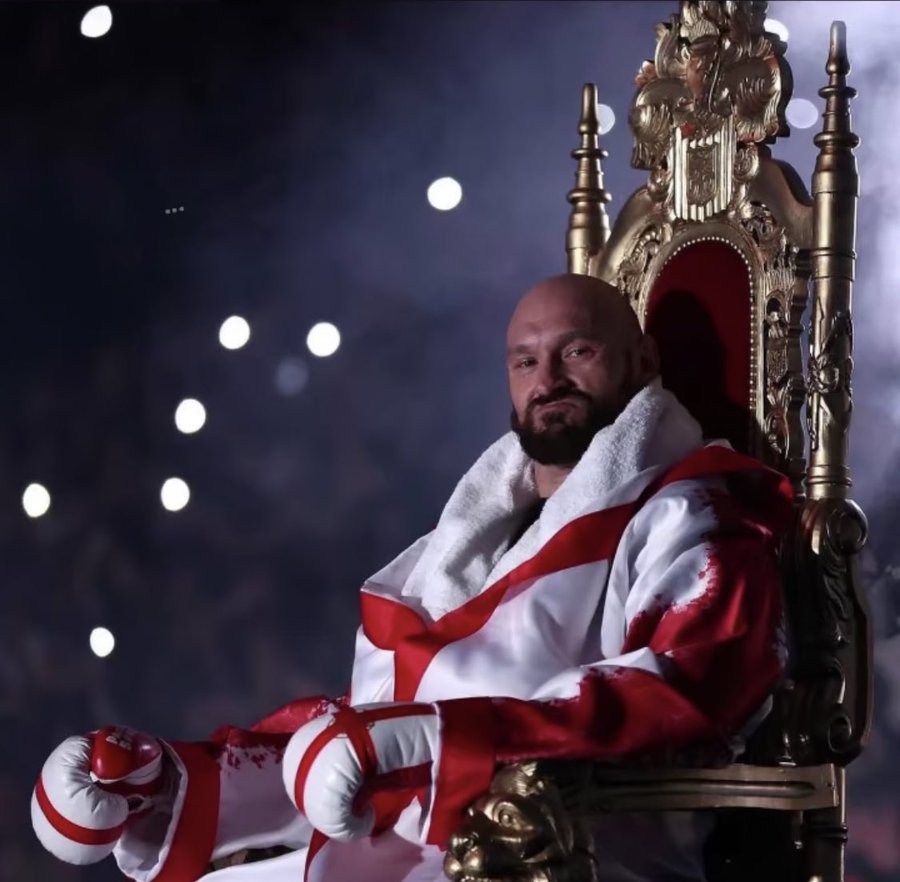 With a fight with WBA, IBF and WBO heavyweight champion Oleksandr Usyk perhaps out of the question for this year, definitely not retired WBC and lineal heavyweight champion Tyson Fury has decided he wants to finally square off with Anthony Joshua in what would clearly be an all British superfight. Speaking on social media Monday, Fury addressed Joshua directly.

“I think you’ve all heard that I’m going to be fighting soon within the next few months,” Fury said, “and I think that before I announce an opponent that I need to do this, just in case: Anthony Joshua, I know you’ve just lost a fight to Usyk and you’re beltless at the moment, and I’d like to give you an opportunity to fight me for the WBC heavyweight championship of the world and the lineal championship in the next few months. You’re coming off a twelve round fight, so you’re much fit, you’re ready. I’m giving you a few months notice. If you’re interested I’ll send you the date over and we can rumble. A battle of Britain for the WBC heavyweight championship of the world. Let me know if you’re interested. If not, I will select another opponent. Thank you very much and good night. Boom.”

Fury knocked Dillian Whyte out flat last April, then decided to state that he was retired. The retirement, it seems, didn’t last long. For Fury expressed interest in facing Usyk this year once Usyk defeated Joshua in their rematch a few weeks back. According to Fury, however, Usyk, has made it clear this year is too soon for him to get into the ring with him. The bombastic Fury, then, is now looking for another opponent. He and Joshua were supposed to meet in 2021, but the fight fell through. That bout, if it had happened, would have been for the undisputed heavyweight championship of the world.

Should Joshua choose to accept Fury’s offer, the undisputed championship wouldn’t be at stake, but it would make for an interesting and enormous matchup nonetheless, especially in England, where both fighters hail from. In truth, though, it’s unlikely Joshua would be willing to face Fury this year. He had something of a meltdown after losing to Usyk the second time last month, and has just emerged from that grueling megabout without the titles he once owned and with a third loss on his resume. In other words, the popular Joshua may need some time to recoup. No doubt the man can still bring in plenty of dollars and eyeballs when he decides to return to the ring.