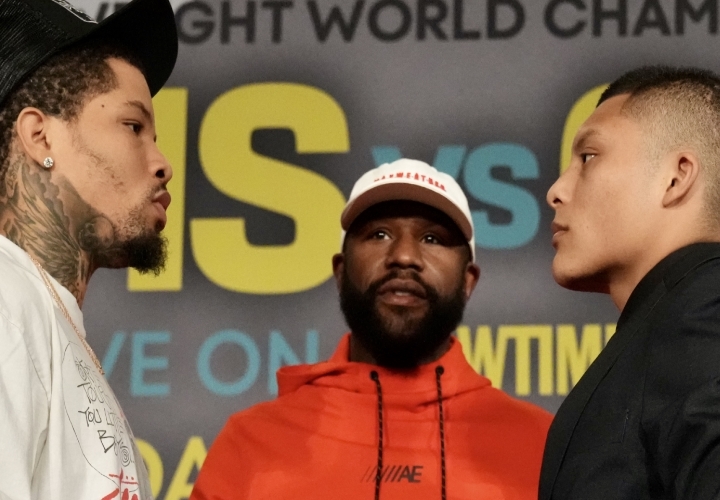 Isaac Cruz saw his stock soar even in defeat the last time he played this location.

The compact lightweight contender came up short in a twelve-round, unanimous decision in favor of Gervonta ‘Tank’ Davis last December 5 at the Los Angeles venue formerly known as Staples Center. Davis had a ringside seat for Sunday’s Fox Sports Pay-Per-View at the site now known as Crypto.com Arena, which saw Mexico City’s Cruz blast out countryman Eduardo Ramirez inside of two rounds in the evening’s co-feature, playing to raucous applause.

“I was ready to win at all costs, for my family and what better way to win than here in front of all the great fans in Los Angeles,” Cruz said after the win, before setting his sights on his prior conqueror. “We want the rematch with Gervonta Davis. That’s what these fans want. I promised the knockout tonight and we got it done.”

The cameras quickly turned to Davis (27-0, 25KOs), who grinned widely, though while shaking his head in dismissing the offer, at least for the time being. The reaction was met with a chorus of boos by the passionate crowd that was all in for ’Pitbull’ as he made his way to the ring on Sunday, enjoying a similar reception both prior to and after his fight with Davis nine months ago.

Cruz was equally well-received in his previous fight this year, a one-sided, fifth-round knockout of Yuriorkis Gamboa on April 16 at AT&T Stadium in Arlington, Texas. Following Sunday’s performance and reaction, it’s clear that the 24-year-old slugger has clearly rapidly emerged as a cult favorite within the sport and the perfect primer for the second straight time ahead of a Pay-Per-View headliner. It’s even sweeter when the night ends in victory.

“I’m very thankful to everyone who came out to support me. I am ready to give my all each and every time thanks to that fantastic support.”