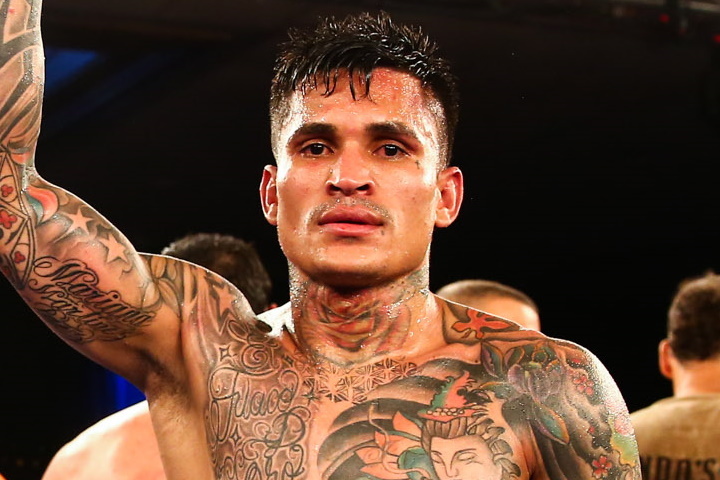 Bally’s Atlantic City Hotel & Casino’s Grand Ballroom – Roiman Villa had a successful U.S. debut on Friday in the SHOBOX opener, dropping Janelson Bocachica and pummeling him over eight rounds to capture a unanimous decision by scores of 78-73, 79-72 and 79-72 in the eight-round welterweight bout.

Along with landing the flashier and heavier blows, Villa also pounded the mouthpiece of Bocachica, dislodging it five times, resulting in referee Harvey Dock deducting a point the third time it went flying.

A lanky, explosive fighter from Venezuela, Villa (25-1, 24 KOs) dropped Bocachica 30 seconds into the second round with a chopping right hand as Bocachica was pinned against the ropes for the first knockdown of his career. The Detroit fighter rose quickly but found himself on the defensive again as the heavily tattooed Villa windmilled down punches, causing Bocachica (17-1-1, 11 KOs) to lose his mouthpiece three times in the second, eventually causing Dock to deduct a point in a nightmarish sequence for the 23-year-old.

“Even though I would have liked to get the knockout, I’m very happy with the performance,” Villa said. “We had a short training camp of just five weeks and two of those weeks we had problems where we couldn’t prepare the way we wanted to. I was at just 50 percent tonight. I’m very happy to get the win.

“This was my U.S. debut and I’m happy for the opportunity to show off my skills,” Villa went on. “We will definitely stay in the U.S. and get more fights. Whoever my promoter Sampson wants me to fight, I will follow his plan. We want to get big fights in the welterweight division and start making my case as a true contender in the division.”

Bocachica admitted he may have been a little overconfident entering Friday’s bout against the virtually unknown Villa.

“I got too confident thinking I would knock him out,” Bocachica said. “He hits hard, but I’ve been hit harder. I should have done more. All my mouthpieces are a little too short. We need to go to the drawing board and we’ll be back.”