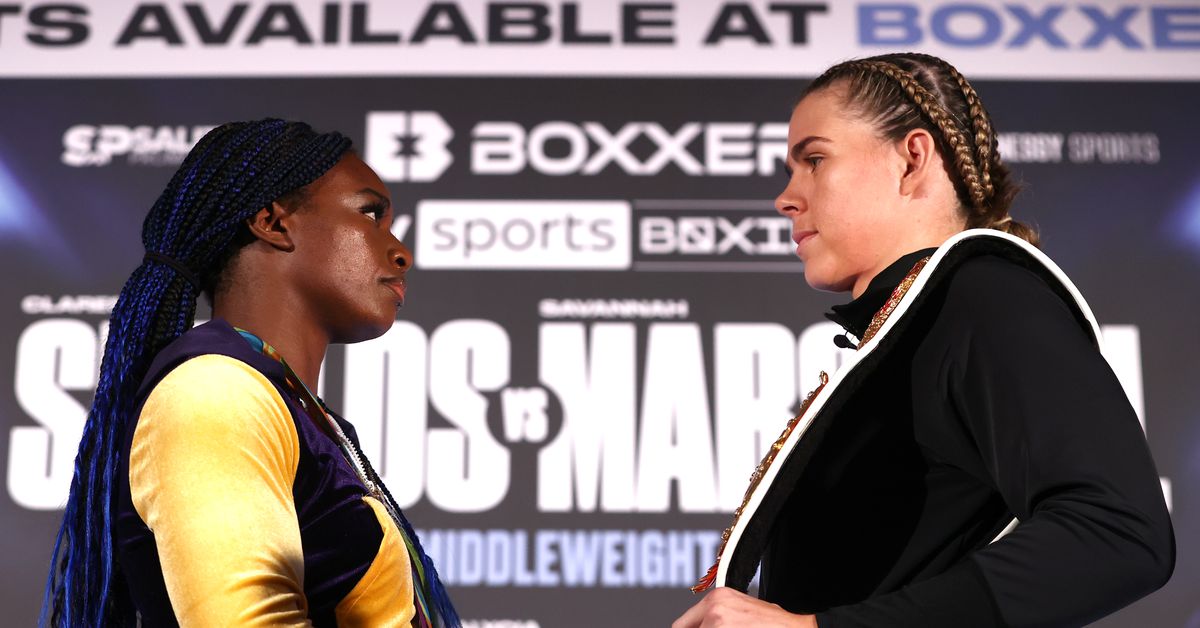 The British Boxing Board of Control has officially decided to postpone the undisputed unification between Claressa Shields and Savannah Marshall. Promotional company BOXXER announced the decision and set a tentative rescheduled date of October 15th.

More details and comments were shared in a full statement BOXXER released on their website:

As a mark of respect following the passing of Her Majesty Queen Elizabeth II, the British Boxing Board of Control has made the decision to postpone Saturday’s event, BOXXER: Legacy – Shields vs Marshall.

Our sincere thoughts are with His Majesty King Charles III and the Royal Family during this profoundly sombre time.

We are working with all parties to provisionally reschedule for Saturday, 15th October, at The O2 in London.

BOXXER CEO and Founder Ben Shalom said: “This is an unprecedented moment in our history and our sincere thoughts are primarily with the Royal Family and the nation at this time. Out of respect, the British Boxing Board of Control has decided to postpone Saturday’s show.

“A provisional date for Saturday, 15th October at The O2 is being worked on by all parties to stage this unique and historical night of celebration for women’s sport at a more appropriate time.”

Adam Smith, Head of Boxing Development at Sky Sports, said: “All of our thoughts at Sky Sports Boxing are with the Royal Family at this time.

“As much as we were all looking forward to witnessing this historical sporting spectacle this weekend, it is absolutely right to respectfully reschedule the show for October 15th.”

The decision is a disappointing one for boxing fans, but not an unexpected one. The weigh-in originally set for this morning was preemptively closed to the public, and numerous sporting events and other public activities across the UK have been suspended or cancelled.