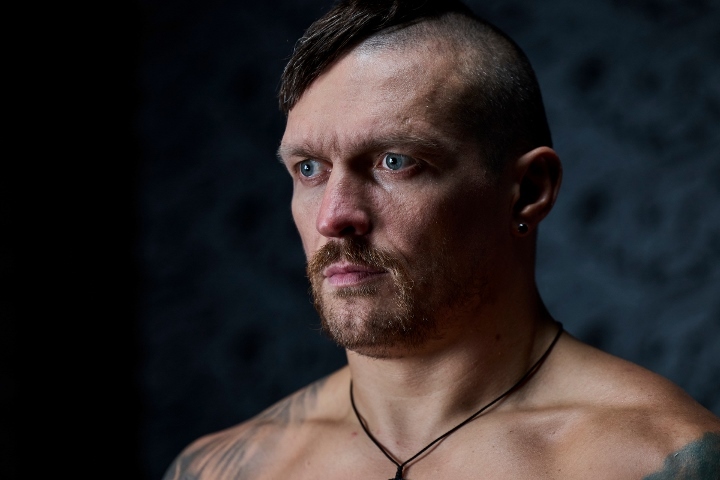 Over the years, Canelo Alvarez has grown an affinity for the superlative skillset of Oleksandr Usyk. In the midst of preparing for his third showdown against Gennadiy Golovkin, which takes place on September 17th, at the T-Mobile Arena in Las Vegas, Nevada, Alvarez admitted that he took time away from training camp to watch Usyk in action.

On August 20th, the Ukrainian star defended his WBO, WBA, and IBF heavyweight titles against Anthony Joshua for a second consecutive time. In doing so, Usyk (20-0, 13 KOs) swiftly turned his attention towards Tyson Fury and his WBC trinket.

Although Fury (32-0-1, 23 KOs) has openly flirted with the idea, the British native has recently issued a challenge to the aforementioned Anthony Joshua. While nothing is set in stone as of yet, both Fury and Usyk have expressed their desire to become the division’s first undisputed champion since Lennox Lewis nearly two decades ago.

With a collision course between the heavyweight behemoths possibly on the table for sometime next year or later this year, Alvarez, like many, is interested in watching them square off.

Though he has no skin in the game, and despite praising Usyk’s multifaceted abilities, Alvarez believes that the current unified heavyweight champion could be in over his head against Fury.

“Usyk is a really great fighter, I saw him a long time ago,” said Alvarez to Behind The Gloves. “He’s a great fighter with a lot of skills. But I think Fury has everything, weight, he has boxing skills. I think it’s going to be difficult for Usyk.”

At one point, an ambitious Alvarez mentioned a showdown against Usyk, despite the gigantic difference in size, as a distinct possibility. Nevertheless, the pound-for-pound star will look to put an end to his rivalry with Golovkin. Should the considerable favorite register the victory, Alvarez will then turn his focus towards Dmitry Bivol.

Having lost to the WBA light heavyweight champion just a few short months ago, Alvarez has remained focused on avenging that very defeat. If, however, and only if, Bivol defends his 175-pound crown against Gilberto Ramirez on November 5th.