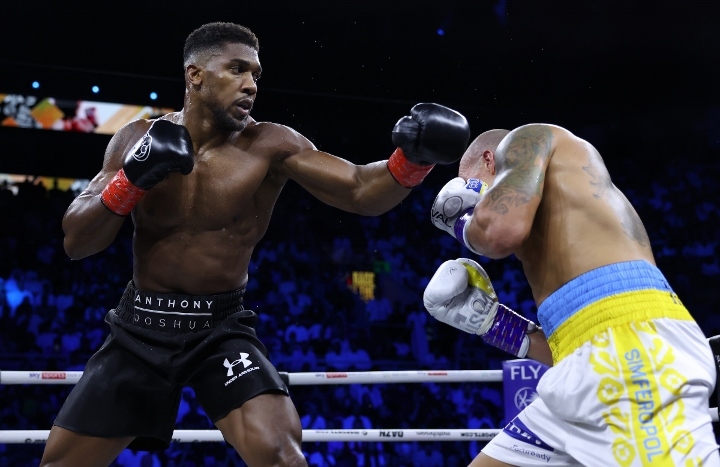 Angel Fernandez is optimistic that Anthony Joshua will bounce back from one of the toughest losses of his career.

In fact, the trainer of the former heavyweight champion from London is certain that Joshua will “definitely” defeat Oleksandr Usyk if they ever get in the ring together again.

The consensus in the boxing world is that Joshua performed better in the rematch than in the first fight, even though it was not quite enough to get his hands raised. Fernandez, however, was encouraged by what he saw and believes Joshua, 32, is only scratching the surface of his potential.

Fernandez noted that the loss was especially tough to swallow given how Joshua performed in the late rounds, particularly in round nine, in which Joshua appeared to have Usyk hurt or, at worst, on the back foot.

“It’s disappointing,” Fernandez said. “Yes there were some improvements. But I’ve always been harsh on myself … all we wanted is the win. The general feeling is disappointment.”

“You have to understand that If the fight would’ve ended at round nine, we would’ve won the fight,” Fernandez added. “So the true reality is somehow, yes, we were ahead.”

Joshua’s promoter Eddie Hearn has suggested a quick turnaround fight for Joshua and floated the possibility of seeing his star charge get in the ring by December or January.

Fernandez, who trained Joshua in tandem with veteran coach Robert Garcia for the Usyk rematch, is looking forward to “rebuilding” Joshua.

“We have to rebuild the man,” Fernandez said. “Mentally, technically, physically, you know, look at the things we have to improve as a team and make them better next time. We wish we could have done better that night but it’s easier said than done.”