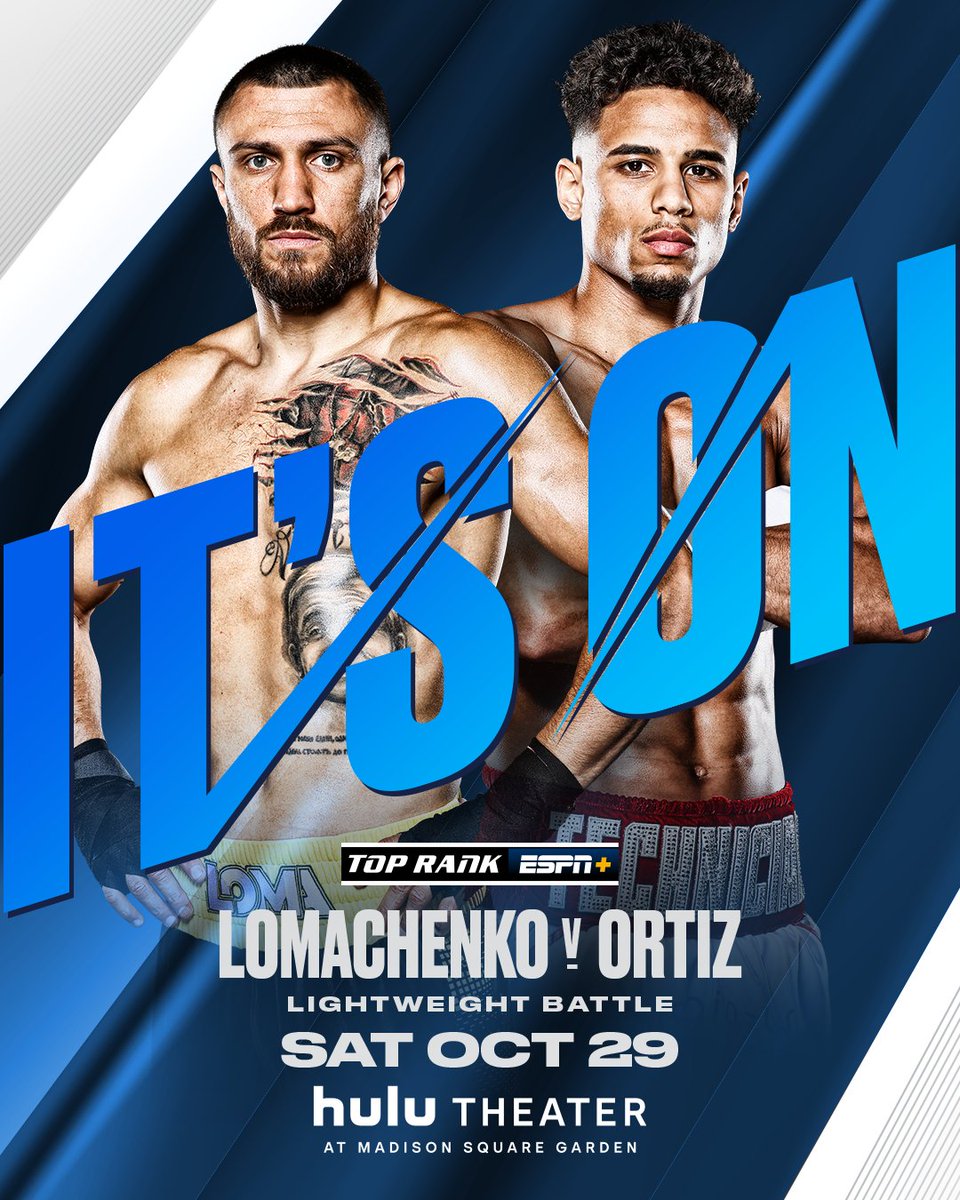 Although he’s only fought twice since his surprising loss to Teofimo Lopez back in 2020, Vasyl Lomachenko is still one of the top players in the lightweight division. Indeed, the man wishes to take on undisputed divisional champ Devin Haney sooner rather than later. For now, however, the fighter known as “Hi-Tech” is set face Jamaine Ortiz on October 29th. The fight is set to go down at Madison Square Garden’s Hulu Theater and will be aired live on ESPN+

This will be the first time the 16-2 Lomachenko will have entered the ring since his Ukrainian homeland was invaded by Russian forces last winter. After the invasion began, Lomachenko returned to Ukraine to take part in the civilian defenses. The battle in New York fortunately won’t reach the kind of intensity found on the bloody combat zones of Europe, but it will be exceedingly important for Lomachenko’s career nonetheless.

“Vasyl Lomachenko,” Lomachenko’s promoter and Top Rank honcho Bob Arum said, “is a credit to his country and the sport of boxing.” According to Arum: “When his country needed him, Vasiliy did not hesitate. We are thrilled that he is safe and fighting once again at Hulu Theater at Madison Square Garden, his home away from home. Jamaine Ortiz is a young, hungry, undefeated fighter who understands that a victory over a living legend like Loma would be life-changing.”

The 16-0 Ortiz is fresh off a win over popular former titlist Jamel Herring last spring. A surprise win over Lomachenko will instantly elevate the Massachusetts native to the upper echelon of the lightweight division. Known as “The Technician,” the 26 year old is clearly eager to shock the world. Former titlist Lomachenko, on the other hand, is looking to put his career back into overdrive. It wasn’t long ago, after all, that Lomachenko found himself at the top or near the top of pound for pound lists.