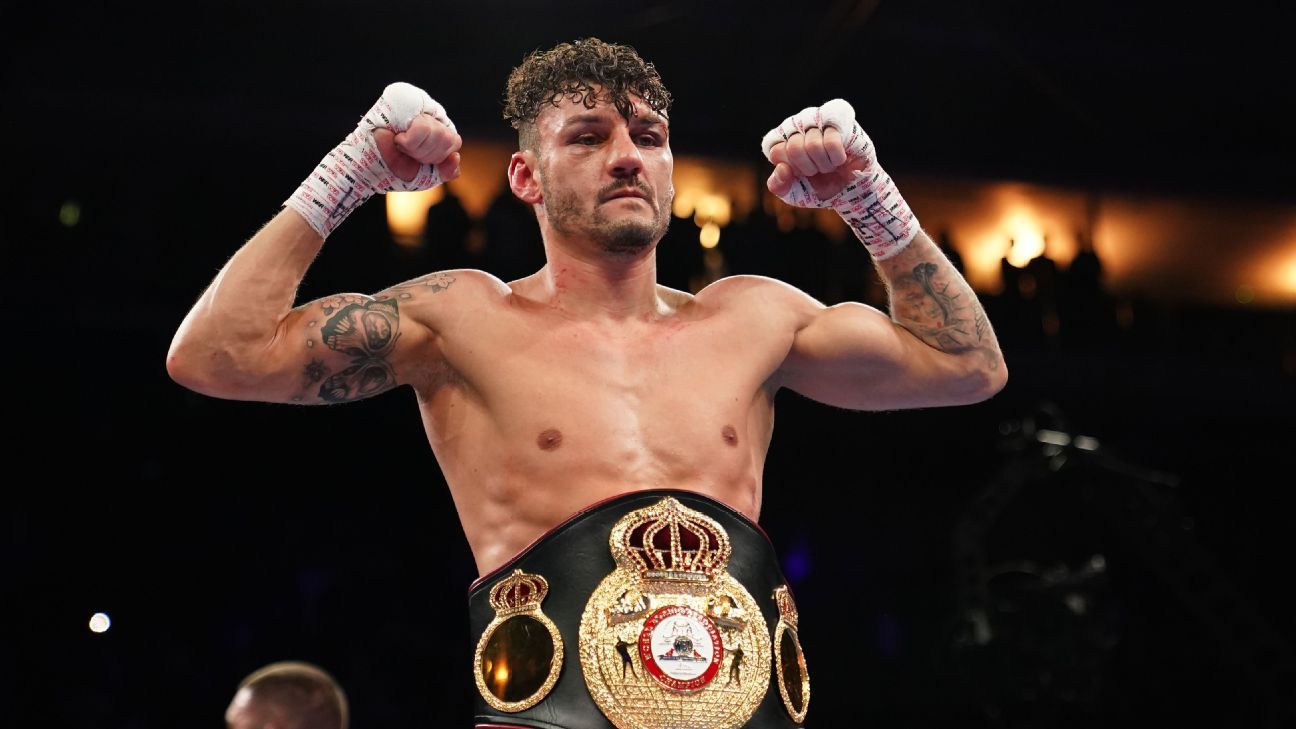 Leigh Wood’s WBA featherweight title defence against Mauricio Lara, scheduled for Sept. 24, is off after the champion suffered an injury during training.

Wood (26-2, 16 KOs), 34, who pulled off a dramatic last-round stoppage of Michael Conlan in his last fight six months ago, has torn a biceps, ruling him out of a second title defence in his home city of Nottingham, England.

No details of whether the fight will be rearranged were confirmed in the statement from promoter Matchroom, but the show at the Motorpoint Arena Nottingham will still go ahead.

Lara (24-2-1, 17 KOs), 24, from Mexico City, shot to fame when he stopped former IBF world champion Josh Warrington, then regarded as the world No. 1 featherweight, in nine rounds in February 2021. A rematch ended in a premature end, a technical draw, after Lara was cut and will have to wait for his first title shot.

“We’re gutted to lose such an explosive headliner in Leigh Wood vs. Mauricio Lara so close to fight week but unfortunately Leigh suffered a torn bicep during sparring and there’s no way he can get in the ring against such a dangerous opponent with only one arm,” promoter Eddie Hearn said.