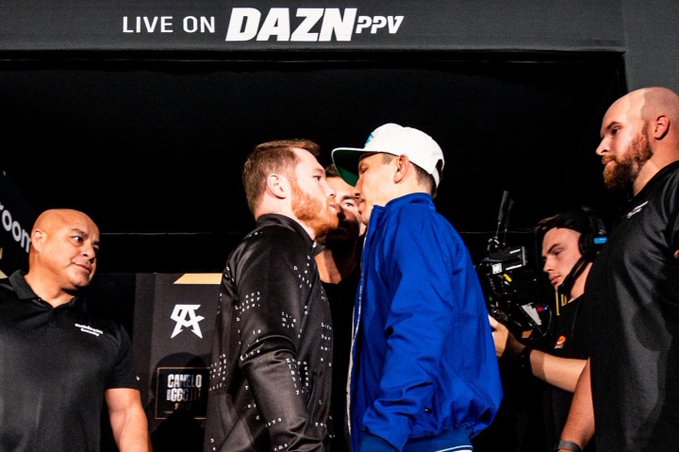 It’s no surprise that there’s bad blood between Gennady Golovkin and Canelo Alvarez. They’ve fought tooth and nail twice, after all. Not only that, each of their two fights have ended in a controversial decision. To make things truly hostile, however, Golovkin has suggested Canelo intentionally ingested the banned substance he was ultimately suspended for having in his system in between their first and second bouts. The two fighters, simply put, are not huge fans of one another. And Canelo wants to settle matters once and for all when he fights Golovkin for the third time this weekend at the T-Mobil Arena in Las Vegas. In other words, he wants to outright knock his arch rival out.

“Look,” Canelo told the media during fight week, “that’s my goal for this fight (to knock Golovkin out) but I’m going to keep my mind focused on if the knockout comes okay, if not I’m ready for 12 rounds.” Canelo is smart to maintain such a strategy. The truth is that both he and Golovkin have chins of granite. The shots they’ve thrown and landed on each other over the course of 72 rounds have been hellacious – yet neither man has come truly close to being knocked down, much less stopped.

Canelo, however, is aware of just how tough – and talented – his old foil is. “He did a really good job,” he said of Golovkin’s last time in the ring, when he stopped Ryoto Murata in nine. “He’s the same fighter. He’s strong, he takes punches, he hits hard.” Make no mistake about it, Canelo knows what he’s up against when he steps into the ring at the T-Mobile Arena this Saturday night. “For this camp,” Canelo said, “I started running again three times a week.” Running is something the man has avoided for a while due to his knees. For Golovkin, however, Canelo has gone all out.

Of course the red haired star is extra motived to win and win big this weekend, due to his loss to Dmitry Bivol last spring. Canelo was jumping up in weight for that one, though, hoping to once again score a big win in the light heavyweight division, as he had done against Sergey Kovalev several years earlier. Although he came up short in trying to wrest Bivol’s WBA title belt from his gloved hands, Canelo will be facing Golovkin at super middleweight for the first time this Saturday (their previous two bouts were for middleweight dominance). “What I feel my best is at 168,” Canelo said.

Which, of course, means Canelo will be fighting at his natural weight this Saturday night – a tough night out for anyone, even Gennady Golovkin.