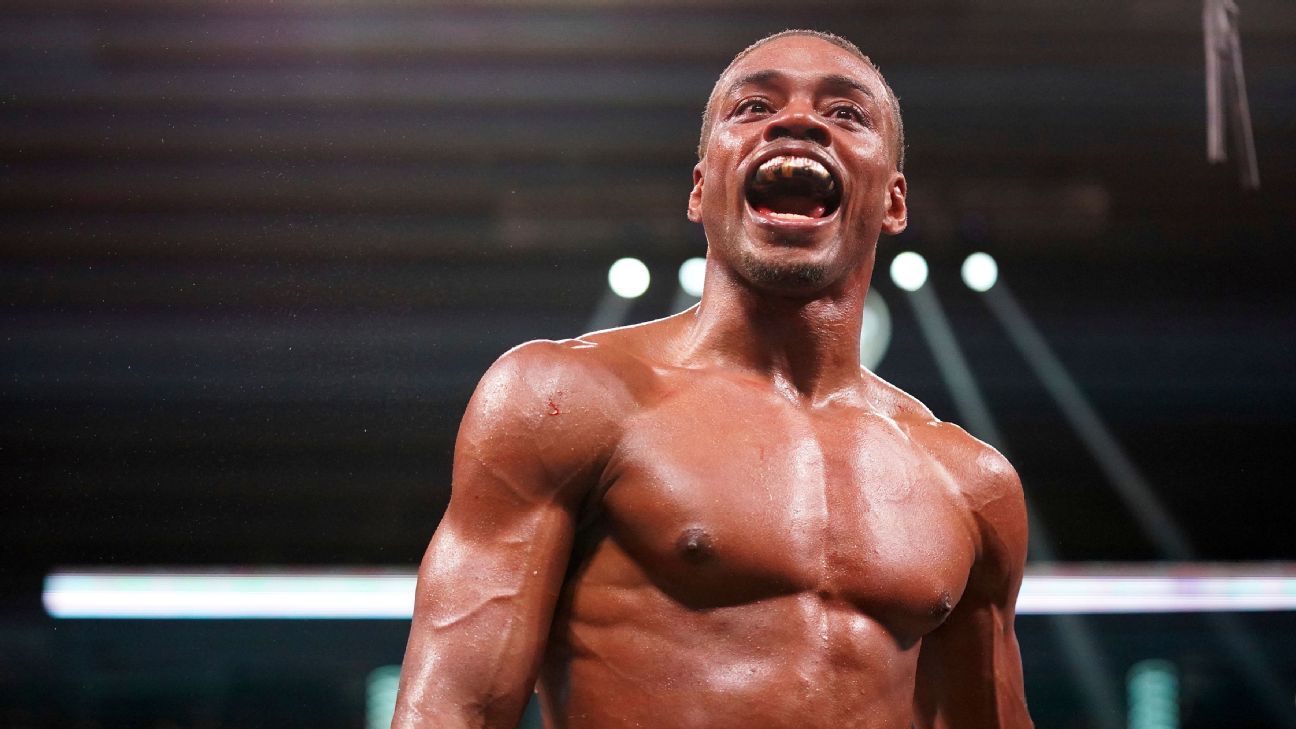 Errol Spence Jr. and Terence Crawford have agreed to all material terms for a fight for the undisputed welterweight championship, an event targeted for Nov. 19 in Las Vegas, multiple sources tell ESPN.

However, the deal has not been signed as the parties’ lawyers clean up legal language in the agreement, per sources. Crawford, ESPN’s No. 1 pound-for-pound boxer and top welterweight, acquiesced to all proposed financial terms from PBC creator Al Haymon, including the short end of a revenue split, sources said

The package includes a bilateral rematch clause that the loser will have the right to exercise, per source. If the rematch clause is triggered, the winner will earn the majority of revenue for the return bout, per sources.

The 147-pound summit meeting — Spence holds the WBC, WBA and IBF titles while Crawford has the WBO belt — will be presented as a co-promotion between Spence’s Man Down Promotions and Crawford’s TBC Promotions on PBC pay-per-view. High-powered attorney Jeffrey Spitz is representing the Haymon/Spence side as the contracts are being reviewed.

“I want Terence Crawford; that’s the fight that I want,” Spence, ESPN’s No. 2 welterweight and No. 3 pound-for-pound boxer, said in April. “That’s the fight everybody else wants. … Terence, I’m coming for that belt!”

The 32-year-old from Desoto, Texas, returned from surgery to repair a detached retina to score a 10th-round TKO of Yordenis Ugas in April to capture a third belt. Spence (28-0, 22 KOs) was set to fight Manny Pacquiao in August but withdrew from the matchup because of the eye injury.

It was the second major setback of Spence’s career after an October 2019 car crash hospitalized him.

“Now everybody’s saying that Errol’s back and he’s 100 percent ready. So now is the perfect time for me and him to fight,” Crawford, 34, told ESPN in April. “He called me out, so it ain’t no backing up.”

Crawford (38-0, 29 KOs) parted ways with his longtime promoter, Top Rank, following his November TKO victory over Shawn Porter that sent the challenger into retirement. The move paved the way for a deal; Haymon, who advises Spence, rarely does business with Top Rank. Now, Haymon is poised to deliver one of the biggest fights of this century, a coup for PBC after it was unable to retain boxing’s biggest star, Canelo Alvarez, after only one fight.

“I’m free to do whatever I want,” said Crawford, a three-division champion from Omaha, Nebraska. “There’s nothing standing in the way from us fighting. There’s no promotion company that’s blocking it, there’s no wrong side of the street, there’s no nothing. Let’s see who the best welterweight in the world is.”