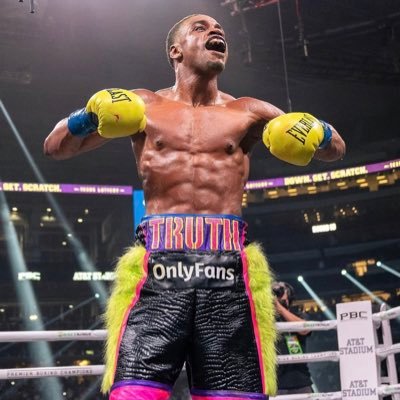 ESPN reports that WBA, IBF, and WBC welterweight champion Errol Spence and WBO welterweight champion Terence Crawford “have agreed to all material terms for an undisputed welterweight title fight targeted for Nov. 19.” This is a considerable development in negotiations which seem to have gone on forever. Indeed it’s even been said that a Spence-Crawford fight is close to moving past it’s sell by date. The bout won’t have come a moment too soon should the two men answer the opening bell in November. A Spence-Crawford match is viewed as being along the lines of “Sugar” Ray Leonard’s battle with Thomas Hearns for welterweight supremacy back in 1981.

It’s important to note that, although the reports are promising, the match has yet to be signed, meaning the fight isn’t yet official. Both Crawford and Spence have been circling each other for quite some time. Each man is undefeated and extremely talented. Promotional matters have reportedly kept the undisputed championship bout from happening in the past. Crawford, however, has been a free agent since having left Top Rank Promotions last year after his successful title defense against Shawn Porter. Still, fans have been grumbling at the slow pace of negotiations, which have been grinding along for a while now. Should a November fight be agreed to, it will clearly be one of the most high profile battles of 2022.