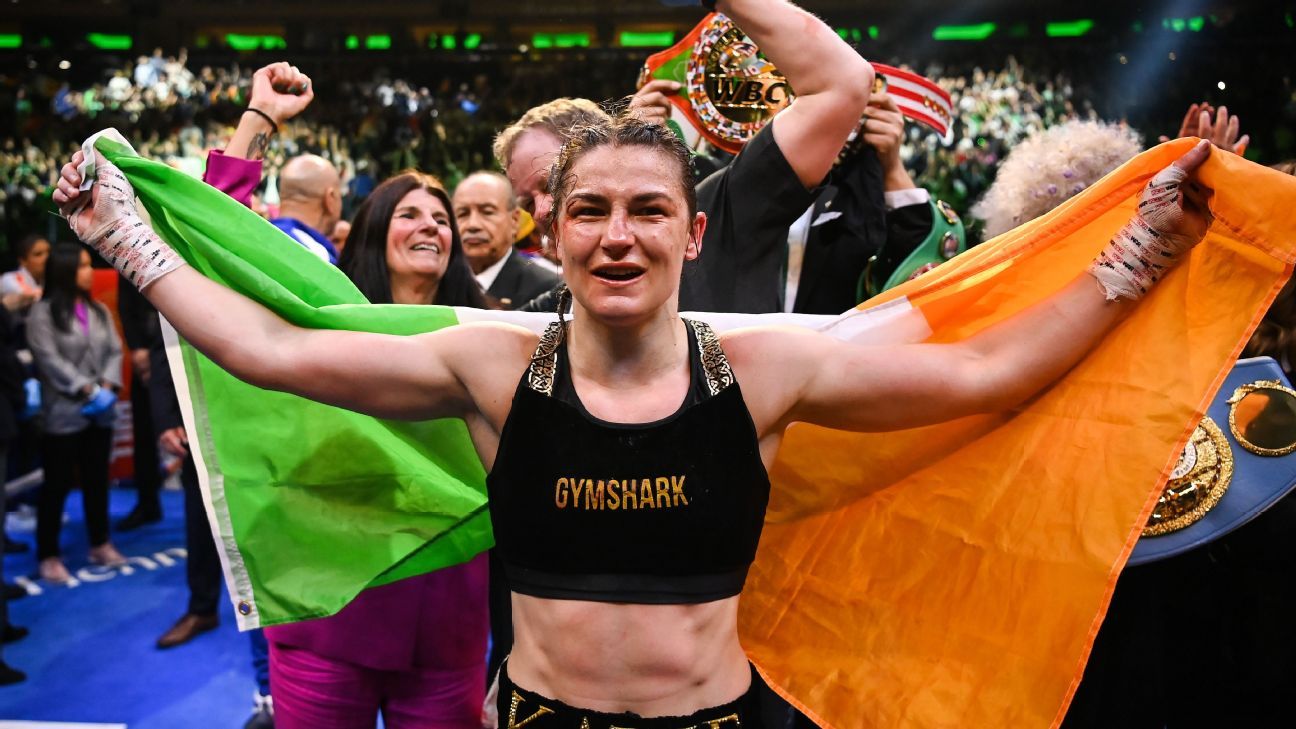 Hearn did not name who Taylor will face, but the Matchroom Boxing promoter said negotiations are continuing over a rematch with Amanda Serrano, whom Taylor beat via split decision at Madison Square Garden in May to retain her WBA, WBC, IBF and WBO world lightweight titles.

“We’re going to make an announcement on Friday,” Hearn told Ariel Helwani on The MMA Hour on Wednesday.

“But Oct. 29, Katie Taylor will return — watch this space! She has a number of mandatories to take care of.

“We’re also going to keep a keen eye on Cris Cyborg, who I believe has got a boxing debut coming up. [Katie] won’t be fighting her on October 29 but that could be one for maybe the end of the year or very early next year.

“We’re still talking the Amanda Serrano rematch, as well. But the legend shall return on October 29 in London. She’ll be headlining back where she debuted, at Wembley Arena.”

Serrano (41-2-1, 30 KO) faces Sarah Mahfoud on Sept. 24 at Manchester Arena as she makes a return following her fight against Taylor (21-0, 6 KO), which was billed as the biggest fight in women’s boxing history.