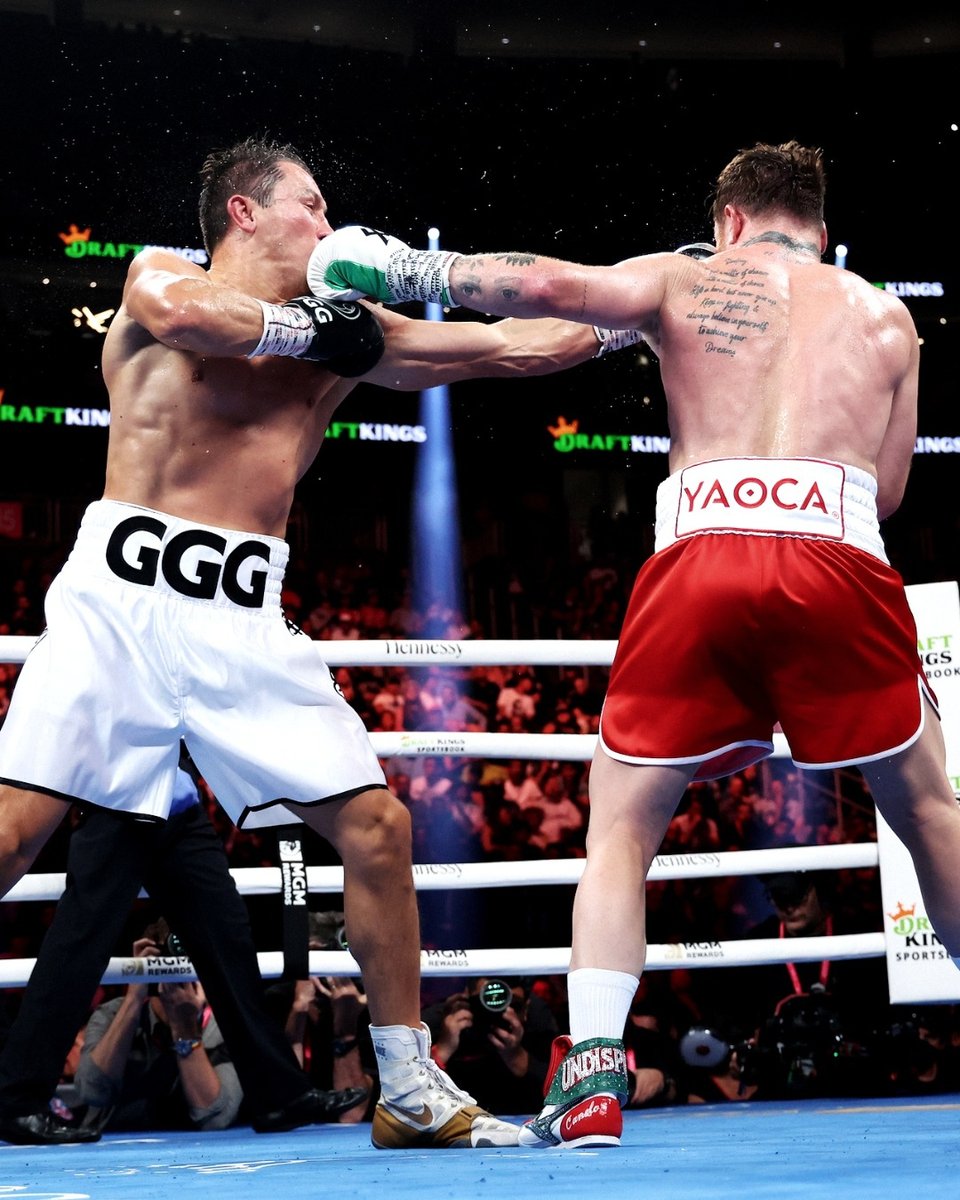 Saul “Canelo” Alvarez returned to the ring at the T-Mobile Arena in Las Vegas on Saturday to once again face his arch rival, Gennady Golovkin. The first two controversial fights (which ended in a draw and a Canelo victory, respectively) between the two men had been held in the middleweight division. The time the bout would be held in the super middleweight division, with all of undisputed champion Canelo’s world title belts at stake. The sense of unfinished business, coupled with the fact that neither the 57-2-2 Canelo nor the 42-1-1 Golovkin seemed to like each other much, added to the element of intrigue.

The first round was close with both men looking sharp. Canelo may have edged it, however, with more activity. Canelo continued to assert himself in the second, effectively going to the body while Golovkin employed his stinging jab. Canelo landed hard in the third as Golovkin’s face began to bruise. In the fourth it was clear that age had taken it’s toll on the once feared Golovkin, as he got hit a lot, was slow to pull the trigger and threw power shots infrequently. Canelo, on the other hand, looked terrific, firing and landing power shots.

With that being said, Golovkin had a better fifth, though Canelo was still able to whack him with power shots. The pace slowed a bit in the sixth, but it was getting past time for Golovkin to make something happen if he wanted any chance to win the fight. The seventh was clearly the closest round of the bout up until that point, with Canelo’s output slowing down considerably. Things remained interesting – and quite close – in the eighth. Canelo was still landing power shots, but not as many as he had. What’s more, Golovkin might have successfully altered the pace.

There was no doubt in the ninth that the fight had become competitive. The strength of Canelo’s punches seemed to be the difference, however. Things remained competitive in the tenth, but Golovkin needed to be more than just competitive at that point. By relying pretty much entirely on his jab – as he had for most of the fight – Golovkin may well have taken the eleventh round. Surprisingly, Golovkin took to holding a lot in the twelfth and final round. Fortunately, both men embraced each other warmly after the fight had ended.

“Thank you so much, my friend,” Canelo said graciously to Golovkin afterward. “Thank you Golovkin. Thank you.”