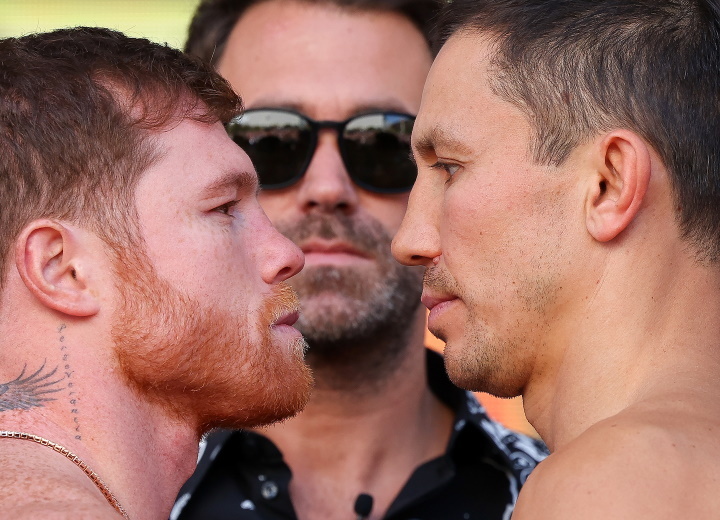 This Saturday night is the third installment of the classic modern rivalry between Canelo Alvarez and Gennadiy Golovkin, with the Mexican king putting his undisputed Super-Middleweight crown on the line against Kazakhstan’s reigning WBA and IBF Middleweight ruler in the most anticipated match up of 2022. (photos by Ed Mulholland)

Three more young talents complete the stacked card, as Marc Castro appears on his fifth Canelo undercard against Kevin Montiel Mendoza, Aaron Aponte mixes it up against Canelo Promotions’ unbeaten prospect Fernando Molina also over eight and Anthony Herrera gets the chance to bounce back to winning ways on the biggest stage as he takes on Delvin McKinley.