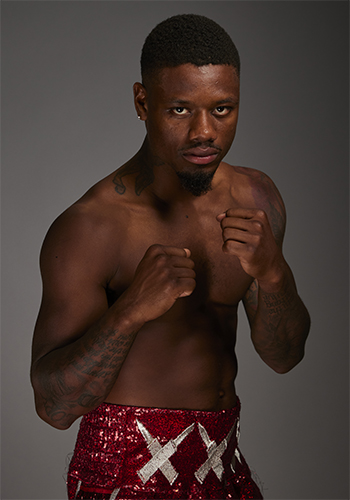 The 11-0 middleweight Austin Williams opened up DAZN’s Canelo-Golovkin pay per view card Saturday night at Vegas’ T-Mobile Arena by taking on the 18-2-1 Kieron Conway in a scheduled 10 rounder. The opening chapter was something of a feeling out process for each man. Williams moved forward while Conway tried containing the range.

Things remained close in the second as the southpaw Williams looked to land his hard shots and defensive minded Conway aimed to keep his man away with a jab. The fight maintained a rather slow pace in the third, perhaps due to the fact that Conway kept Williams at bay. Conway then put his punches together effectively in the fourth. By the fifth it looked like Williams was uncomfortable with Conway’s jab centered strategy.

The six saw Williams continuing to attempt to get in on his man. He landed well at times, but at that point it was most certainly not an exciting bout. Williams finally landed and landed hard in the seventh. Conway remained on his feet, but Williams was now motivated. Conway was still hard to get to – but Williams WAS getting to him now. Conway was able to find a home for his jab in the eighth, but William’s shots clearly took a toll, a fact the blood on Conway’s face attested to.

By the ninth round, Conway was simply being beaten up. A powerful uppercut put Conway down. The gutsy Englishman got back to his feet, but was clearly losing the fight by that point. Williams worked hard to put Conway away in the tenth and final round. He wasn’t able to end the fight early, but Williams was given a UD win from the judges after the final bell.