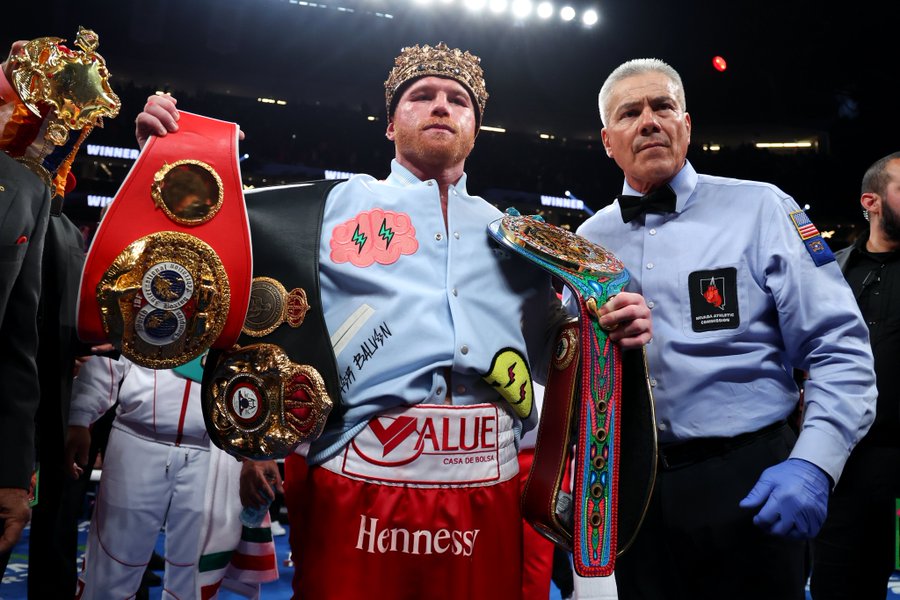 So now we’re told that Saul “Canelo” Alvarez should have laid out Gennady Golovkin on Saturday night in Las Vegas. This after we’ve been told over the past several years that Canelo was a ducker, a cheater, a judges’ darling and just an overall over-rated product of hype. Okay, fine. Go ahead and boo Canelo. Perhaps he should have wiped out one of the most skilled fighters in recent memory this weekend because his opponent was in decline. And yeah, judges certainly have been kind to Canelo at times over the years, so go ahead and boo that, as well. What’s more, Canelo DID ingest that banned substance years ago, so boo him on the PED front, too. Just don’t tell me he’s overrated. Because he’s not.

Here’s the thing: this isn’t boxing’s post Mayweather Era – it’s boxing’s Canelo Era. The Mexican star may not be AS dominant and flashy as his old opponent Mayweather was. Nor may he bring in the pay per view numbers Mayweather did. Okay, fine. Name me a fighter in all of combat sports whose matched Mayweather’s overall pay per view numbers. The truth is that Canelo will go down as a boxing legend, and it will be well deserved. The man’s only thirty-two and he’s heading towards seventy professional matches. And before anyone says many of those early fights don’t count for much, let’s look that those Canelo fights that absolutely do.

Floyd Mayweather. Erislandy Lara. Miguel Cotto. Amir Khan. Billy Joe Saunders. Callum Smith. Daniel Jacobs. James Kirkland. Dmitry Bivol. Gennady Golovkin. Those names make for quite a resume, even the two that handed Canelo losses. There are people now saying that after Saturday’s performance – one in which he was thoroughly dominant – it’s clear Canelo is on the way down from his peak. Again, he couldn’t knock Golovkin out (never mind that Golovkin had never so much as been knocked down a single time throughout his professional career). Furthermore, Canelo was decisively bested by WBA light heavyweight champion Demitry Bivol last May. Perhaps these observers are right. Maybe Canelo IS starting to slip a bit off his summit.

But what a summit. It was just a year ago that the man could hit like thunder – especially to the body – slip punches, go up and down in weight, take on the biggest names available, as well as those with the best records, and completely dominate. If Canelo hadn’t reached the pantheon of all time greats at that time, he had come awfully close. Plus, the guy’s not done yet. He may SEEM to be missing a slight beat, but Canelo may well wipe out all or most competition from here on in. And everyone can bet that competition will be legit.

The bottom line? Canelo not only has a great record, he has a tremendous history of taking on the biggest challenges available, over and over again. No other current fighter has that reputation, or likely will, for some time. Canelo is also a class act, a true sportsman in a sport loaded with bigmouths. That’s why we should enjoy the Canelo Era while it lasts – because such things don’t last forever.