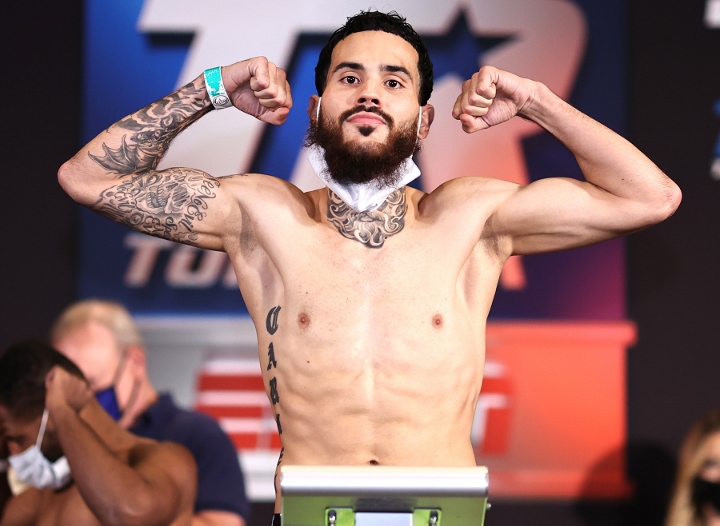 Junior lightweight Joshafat Ortiz remained undefeated with a six round unanimous decision over Mario Ezequiel Sayal Lozano in the featured bout at The Fillmore Philadelphia.

The Friday night card was promoted by Hard Hitting Promotions, with the Ortiz – Lozano fight being co-promoted by DiBella Entertainment.

In round two, Rivera dropped Dallera with a body shot. Rivera scored another knockdown when he landed a hard right hook.  Dallera got to his feet, nut was deemed unable to continue at 2:58.

Jeffrey Villanueva stopped Jose Torres in round one of their four-round bantamweight fight.

Villanueva was able to land some hard combinations that put Torres down, and the bout was stopped at 2:44.

Axl Melendez Salgado remained undefeated with a second round stoppage over Abdiel Padilla Burgos in a welterweight bout.

Salgado scored two knockdowns, with the latter forcing a corner stoppage at 2:10.

Salgado of Ceiba, Puerto Rico is 4-0 with three knockouts.  Burgos falls to 1-4.