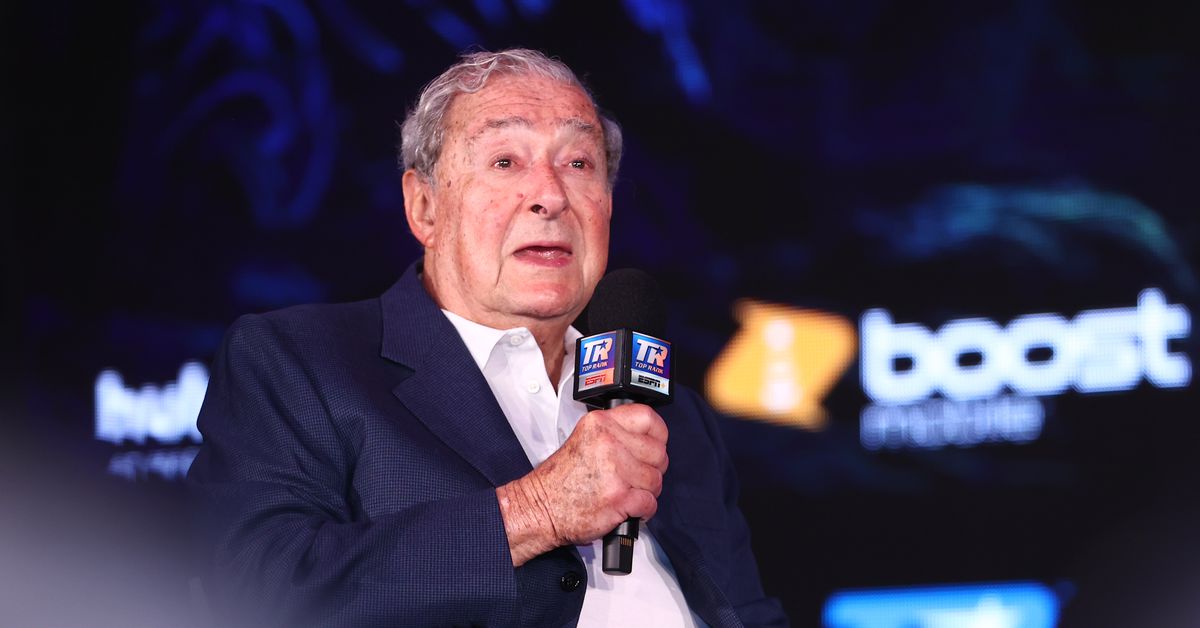 Top Rank promoter Bob Arum chats with Fight Hype about the future of Shakur Stevenson as he heads into this weekend’s fight, before taking questions about the much talked about fight between Gervonta ‘Tank’ Davis and Ryan Garcia.

Now obviously a fight between Tank and Garcia has yet to be formally announced, but both fighters are damn sure doing their best to hint at it on social media. So when asked about his thoughts on the potential matchup, Arum explains why he thinks this fight ultimately won’t be made in the near future.

Arum on who he thinks wins between Tank and Garcia

On why he doesn’t think the fight comes to fruition

“Because each guy is valuable to his company. And it’s very, very ahrd to get a company to take a risky fight unless the reward is really big. And I don’t see the reward at this point being that big. And look at Floyd’s career — Floyd was really content to take easier fights and build to a major fight where he would make a lot of money.

“And that plan, as I see it, is what they’re laying out for ‘Tank’ Davis. There’s nothing wrong with that but I don’t think they would put Davis in at this point with Garcia because it’s a fight that they’re really not sure he’ll win.”