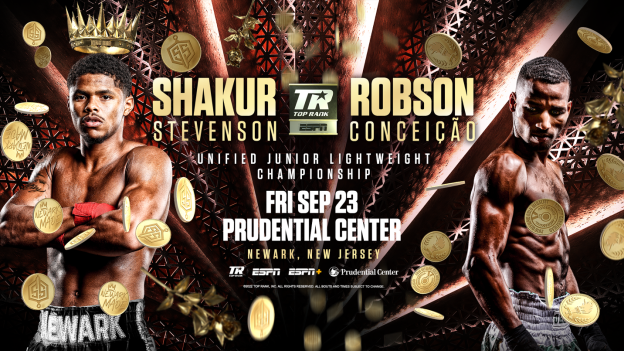 Earlier today, WBO and WBC junior lightweight titlist Shakur Stevenson, who is set to face Robson Conceicao tomorrow night in Newark, New Jersey, missed weight by 1.6 pounds. He was given two hours to make things right on the scale. He didn’t bother, opting instead to post the following message on social media: “I gave it my all. I’ve been professional my whole career and made weight but my body just can’t make 130 anymore. My health has to come first. I’m moving up to 135 in my next fight.”

With that in mind, the little known 17-1 Conceicao – if he
chooses for the match to continue as planned – still has the chance to win the
WBO and WBC belts tomorrow night at the Prudential Center. He just has to beat
Stevenson, which is clearly no easy task. For Stevenson, a product of Newark
who now fights out of Houston, is widely regarded as one of the top ring
practitioners in the game today. As of this moment, however, the undefeated 18-0
Stevenson is also man without a title.