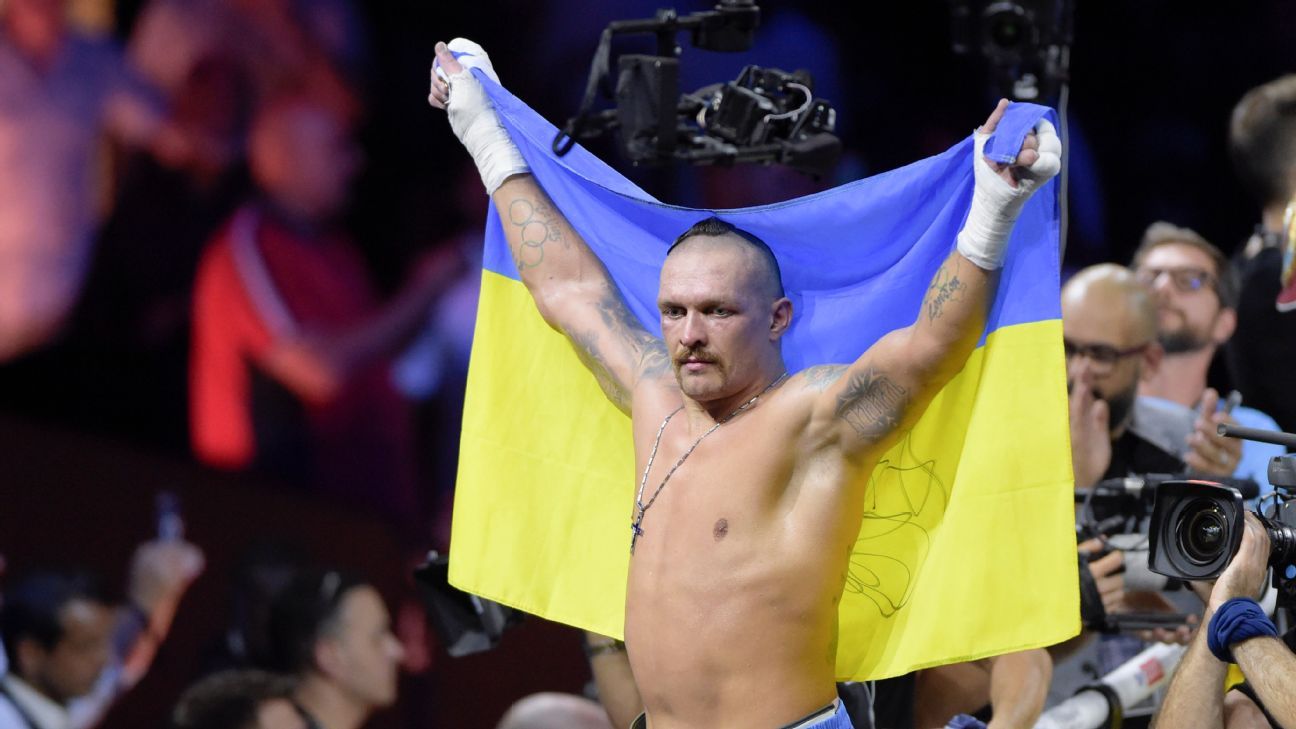 Oleksandr Usyk said he wants to face Britain’s Tyson Fury in a bout to unify the world heavyweight titles, as well as a “freak” fight with super middleweight champion Saul “Canelo” Alvarez, before he retires from the sport.

The 35-year-old Ukrainian retained his WBA, WBO, IBF and IBO heavyweight titles with a split-decision win over Anthony Joshua last month and wants to add Fury’s WBC crown to his collection.

He also said he wants his final fight to be at Kyiv’s Olympiyskiy Stadium.

“I can have three more fights at the very most,” Usyk said in an interview posted on his YouTube page on Thursday. “It is the most realistic to be in my top form. With Fury, Canelo and a farewell fight at Olympiyskiy.

“With Canelo he said that he wanted to fight me. It would be a freak fight just for the sake of earning money.

“I only need to beat Fury and then it is time to retire for me. The unification of all the belts is much more important than just a fight or another defence.

“I want to outbox Fury and I don’t want to work that much just for another defence. There is much more that I can achieve.”