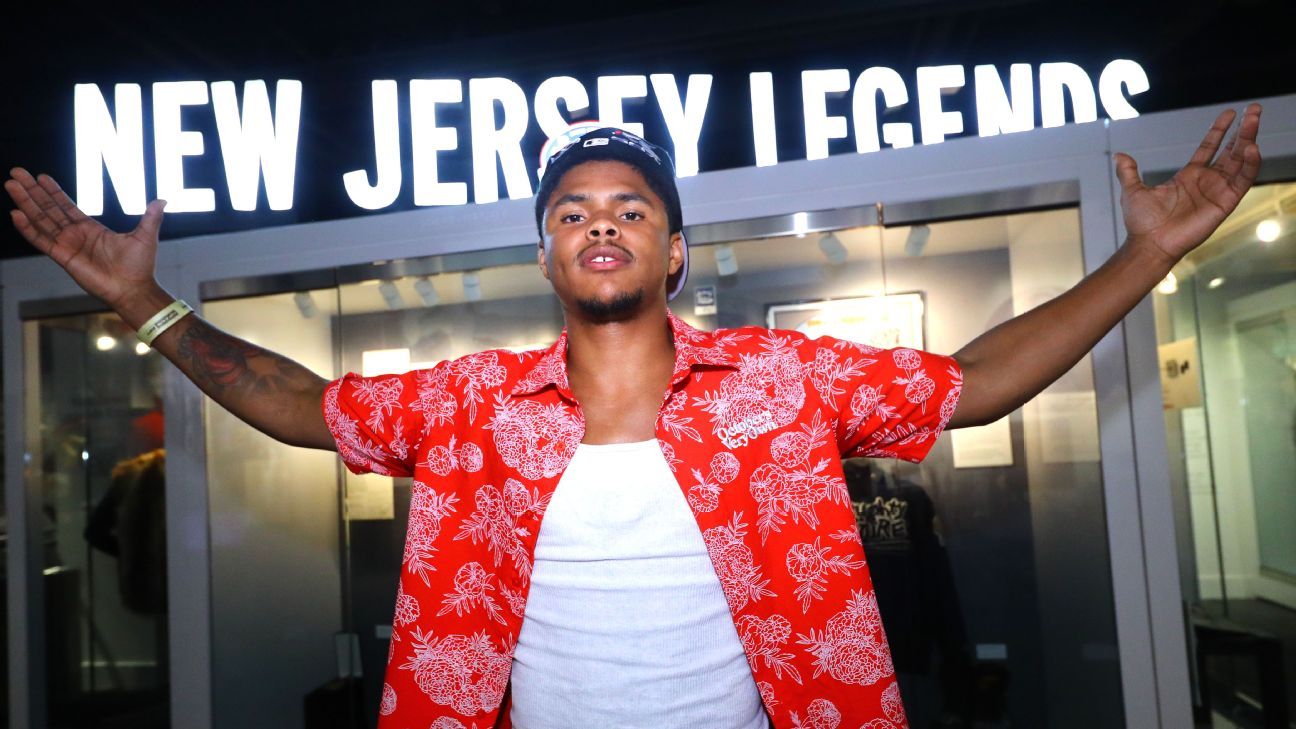 Shakur Stevenson returns to his native Newark, New Jersey, squarely on the precipice of pound-for-pound greatness, if not stardom. At 25, Stevenson owns an Olympic silver medal along with titles in two weight classes.

Until Thursday, when he failed to make weight, Stevenson was a unified champion at 130 pounds. He was stripped of those titles after he weighed 131.6 pounds. The fight will proceed — Conceicao is eligible to win the WBC and WBO belts — after Stevenson and Conceiao reached an agreement on a financial penalty, sources said.

Stevenson and Conceicao, an Olympic gold medalist, will meet Friday in the main event (10 p.m. ET, ESPN/ESPN+) in what Shakur insists will be his final fight before he campaigns at 135 pounds, a weight division that should, at long last, prove just how great Stevenson can become.

Top Rank Boxing is now on ESPN and ESPN+. Subscribe to ESPN+ to get exclusive boxing events, weigh-ins and more.

“I gave it my all,” tweeted Stevenson, ESPN’s No. 9 pound-for-pound boxer. “I’ve been professional my whole career and made weight, but my body just can’t make 130 anymore. My health has to come first. I’m moving up to 135 in my next fight.”

Really, the loss of Stevenson’s titles won’t impact him negatively, though if it happens again at 135 pounds, that’s another story. For now, Stevenson’s inability to tip the scales at the 130-pound limit will simply hasten his entry into the truly meaningful fights that will test him like never before.

At both 126 and 130 pounds, Stevenson has feasted on opponents far below his level. Both weight classes have lacked depth and elite boxers while Stevenson competed in the divisions. At 135 pounds, he’ll have to contend with not just bigger opponents, but far more skilled boxers, too.

Stevenson is a 30-1 favorite to defeat Conceicao and remain undefeated, according to Caesars Sportsbook. The intrigue for Stevenson lies at lightweight, where Devin Haney is the undisputed champion, and star boxers Vasiliy Lomachenko, Gervonta Davis and Ryan Garcia (sometimes) campaign.

Stevenson has a chance to become the most talented boxer in the world – between his elite defense, shot placement and ability to judge distance – but he won’t be able to truly prove it until he climbs five pounds to lightweight and faces the best fighters in that division.

“I think three years down the line, as I keep dominating and keep doing what I’m planning on doing, that I end up stepping up on that list,” Stevenson told ESPN on Wednesday. “I know Terence [Crawford] and Canelo [Alvarez] is at the end of their career. So, I just see myself as being that one that comes right behind them and taking over that No. 1 spot.”

How about Shakur testing his defensive prowess against power-punching southpaw “Tank” Davis? Or a battle with Garcia, an ultra-quick-handed fighter with a giant social media following, that could launch him to superstardom? And while those bouts could prove difficult to finalize due to the increasingly fractured nature of the sport, Stevenson should push for them to happen.

Fights with Haney and Lomachenko should prove far easier to make. Stevenson, like them, is promoted by Top Rank.

“I think they all big fights,” Stevenson said. “I think they’re all good [fighters], but you gotta give credit to Devin Haney. … Gotta respect the real belts. … I’m a fighter. If I’m going to any weight class, I’m not trying to be the intercontinental champion or [reign in] any of them organizations [where] they got the smaller belts and everybody claim that they are champions.

“I’m trying to be the undisputed champ, how Devin is. I’m trying to be a real champion. So you gotta give respect to Devin Haney when it comes to that. So I say he is the guy.“

Haney defends the undisputed championship against George Kambosos Jr. in an Oct. 15 rematch on ESPN. Assuming he wins a second time, as expected, Haney could head into a high-stakes fight with Lomachenko in the spring. And while that could leave Stevenson waiting in the wings, it could also be a good opportunity for him to get comfortable at 135 pounds with an easier fight in his lightweight debut in the first half of the year.

For now, Stevenson will look to build his profile in what was slated to be his homecoming fight as a champion. After an abbreviated title run at 126 pounds, Stevenson scored a 10th-round TKO of Jamel Herring in October 2021 to capture a 130-pound title and added a second belt in April with a rout of Oscar Valdez in an impressive performance.

Stevenson wasn’t able to finish Valdez off inside the distance, but he did drop the Mexican in Round 6 and lost just two rounds on two scorecards.

“Valdez gave me a lot of opportunity to showcase my skills,” Stevenson said. “I think with this dude [Conceicao], he’s gonna be trying to sit back and box. … But I’m gonna show the world my dog.”

Indeed, Conceicao, whose only defeat was a controversial decision against Valdez, prefers to counter-punch while Valdez likes to apply pressure and fight on the inside. That just means Stevenson will have to come forward himself and make the fight if he wants to keep his momentum toward the top of the pound-for-pound list.

Conceicao has plans of his own, of course, and for the second time in as many title fights, will be at a competitive disadvantage. His September 2021 bout title challenge of Valdez was allowed to proceed despite the presence of a banned substance in the titleholder’s system.

“I’m very motivated. I’ve trained all my life for this moment,” Conceicao said during a news conference on Wednesday. “The world was able to see that I was better than Oscar Valdez. I should have won. … I’m a champion without a crown, and I’m ready for Friday night.”

Sure, Stevenson has the skills, with his precise jab, excellent footwork and ring smarts, to simply outbox Conceicao, a 33-year-old Brazilian. But if Stevenson wants to make the kind of statement that will have fans buzzing ahead of what figures to be a pivotal 2023, he must entertain, too.

‘SAM GILLEY, I RATE HIM but I’m confident of beating anyone’ – SEAN ROBINSON
Jake Paul vs. Andrew Tate NEXT?! • Fighters CONFRONT each other at Mayweather vs Deji
“I’m fighting fire with fire!” Tyson Fury shares all by revealing why he can’t quit the ring 🥊
Michel Rivera Explains Why He’ll Beat Frank Martin on December 17
PBC Thanksgiving Day Fight Playlist | Fights We’re Thankful For