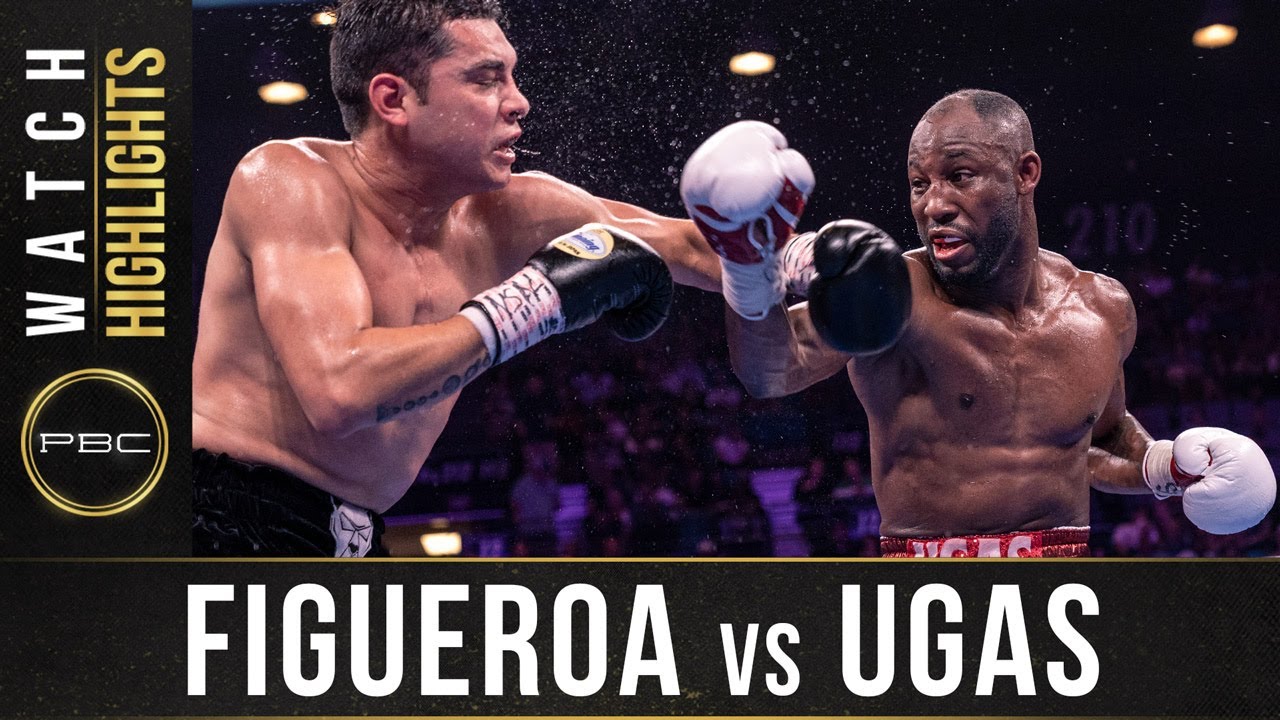 Ugas got off to a strong start, connecting on a straight right hand that sent Figueroa into the ropes, which he held onto so he didn’t hit the canvas, but enough that referee Russell Mora ruled it a knockdown.

“The fight played out how I thought it would,” said Ugas. “I came out strong and Figueroa was tough as well. This was similar to the fight everyone expected. I came out on top.”

Figueroa recovered and was able to make it to round two, where he continued his strategy of coming forward to try to hurt Ugas on the inside. Ugas was able to control that action on the inside, landing numerous uppercuts to stun Figueroa. However, the inside fighting led to Ugas being deducted a point by the referee in round five for holding.

“Ugas fought a smart fight,” said Figueroa. “He was smothering me on the inside and holding. I thought the scores were too wide. I was following him and working the whole time. I felt like he only worked the last 30 seconds of the round, but I guess that was all it took.

“I didn’t have any problems with his size. I thought I was able to do my thing, but when he was holding me I couldn’t get my offense going.”

Despite that, and being warned later in the fight for delivering low blows, Ugas dominated the fight according to CompuBox, out landing Figueroa 229 to 131 and connecting with 28% of his punches, to Figueroa’s 22%.

“I knew Figueroa was a tough guy, so I didn’t want to waste my energy trying to take him out early,” said Ugas. “I was ready to go 12 rounds.”

After 12 rounds, all three judges scored the fight the same, 119-107 in favor of Ugas, who became the mandatory for the winner of the Errol Spence Jr. vs. Shawn Porter welterweight title unification.