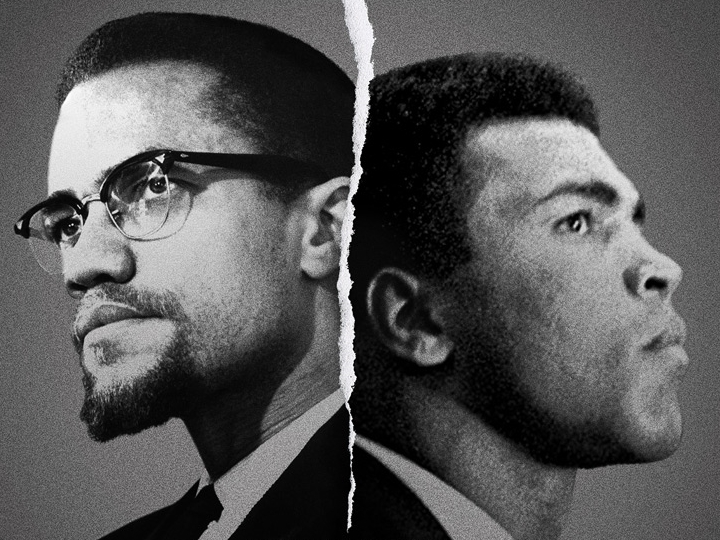 The complicated relationship between Malcolm X and Muhammad Ali has been chronicled in a new documentary billed as “Blood Brothers.”

Here’s how Netflix describes the 96-minute documentary, which premiered Sept. 9 on the streaming service.

“For three pivotal years, Muhammad Ali and Malcolm X forged a brotherhood that would not only change both men but change the world. “Blood Brothers: Malcolm X & Muhammad Ali” tells the extraordinary story behind the friendship — and the ultimate falling out — of two of the most iconic figures of the 20th century. Few people understand the bond these men shared. In this new feature-length documentary from producer Kenya Barris, director Marcus A. Clarke offers a fresh perspective by using insider voices and never-before-seen footage to chart this most complex of friendships, tracing the near-simultaneous and symbiotic rise of the charismatic and outspoken Olympic champion who charmed the nation, and the ex-con-turned intellectual revolutionary who railed against oppression.”

Ali and Malcolm X’s relationship has previously been explored in the acclaimed Amazon original “One Night in Miami.”

“This is Malcolm X, the father [and] the brother, if you will, to Cassius Clay in many ways … [they] really look like some of the happiest moments in both of their lives. There’s an admiration that you can see.”

“We celebrate him in a way where I think that people will sometimes forget just from what he came and the journey he had to become Muhammad Ali, to become this beloved hero.”

On Sept. 19, PBS will debut a separate four-part documentary of its own dedicated to Ali and directed by Ken Burns.

To watch a trailer of the PBS documentary billed as “Muhammad Ali,” click here.

Manouk Akopyan is a sports journalist, writer and broadcast reporter. He’s also a member of the Boxing Writers Association of America and MMA Journalists Association. He can be reached on Twitter, Instagram, LinkedIn and YouTube at @ManoukAkopyan, via email at manouk[dot]akopyan[at]gmail.com or on www.ManoukAkopyan.com