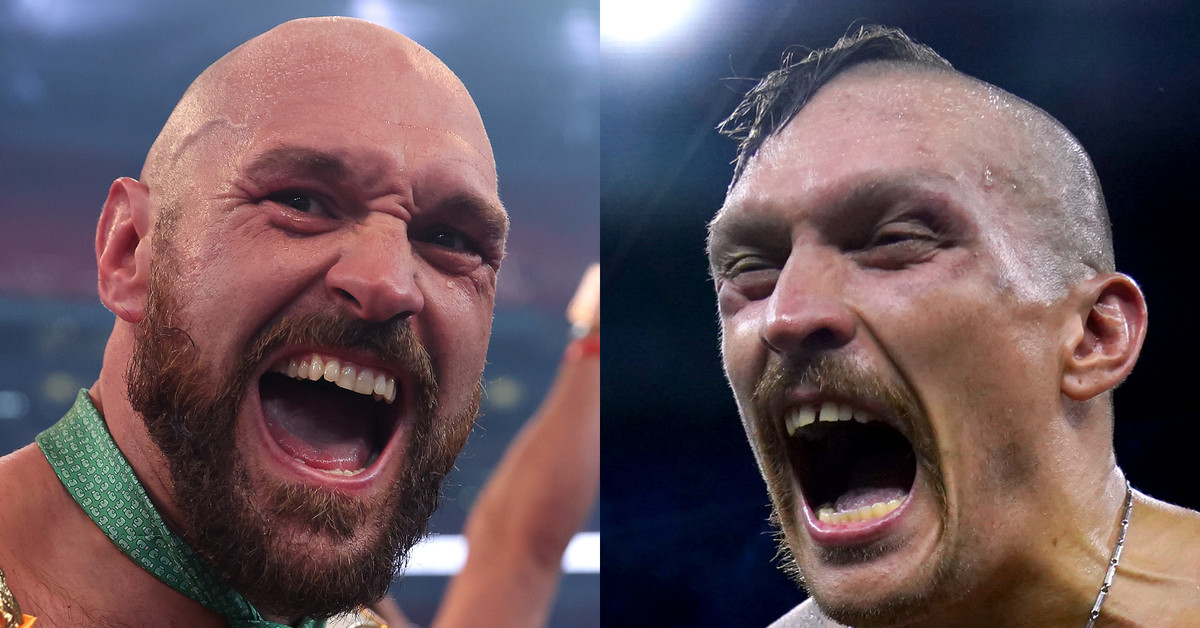 Tyson Fury says he’s ready to face Oleksandr Usyk for the undisputed heavyweight championship of the world, sending out an aggressive message to the Ukrainian he calls a “middleweight.”

“You say you wanted to fight me after you beat the bodybuilder, called me out on television, and now you’re being a little bitch pussy boy, running, hiding, saying you’ve got injuries. You ain’t got no injuries, you had a sparring contest. Get out and fight in December. You let your mouth go, now let’s back it up. See if you can back it up, middleweight.

“Doesn’t matter if it’s December or April or August of next year. The outcome will be the same, I will obliterate you. I am a seven-foot, 20-stone bear, and I will destroy you, middleweight. Find your balls, come see me, bitch.”

Fury is obviously using WWE height, perhaps to celebrate the company’s big Clash at the Castle show Saturday in Cardiff, to call himself a seven-footer, because he’s 6’9” if we’re being generous with his listed boxing height. But all the same, sure, much taller and heavier than Usyk.

Fury vs Usyk would probably be able to draw a big money bid from Saudi Arabia or the United Arab Emirates, which seems more likely than sticking it in Wembley Stadium, and that would have to come next April at the earliest, there’s no way they can do an outdoor stadium fight in the United Kingdom in December, and December seems the earliest we’d get the fight.

Hopefully, it happens. I still think it will — for once, I’m optimistic on boxing coming through with something everyone wants.