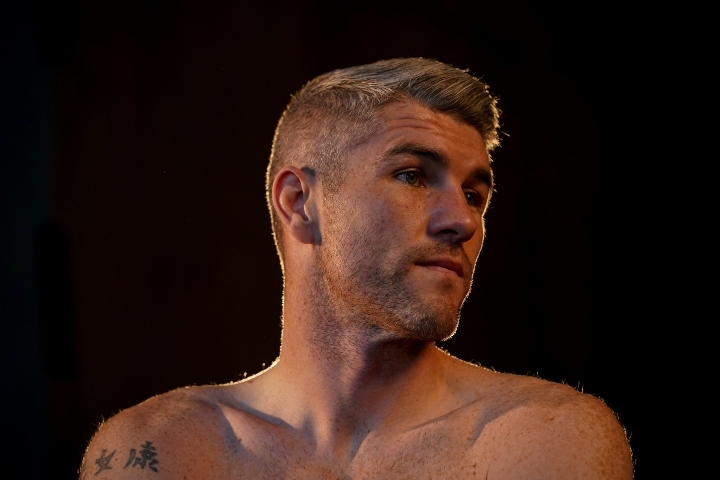 Hassan Mwakinyo was late to fight week but arrived in time to put to rest any talk of his not going through with a scheduled fight with Liam Smith.

Both boxers are set for their main event on Saturday evening from M&S Bank Arena in Smith’s hometown of Liverpool, England. Smith checked in at 159.4 pounds for his return home, while Mwakinyo hit the scales at a fighting fit 155 pounds for the evening’s headlining act, which airs live on Sky Sports in the U.K. and Fite TV in the U.S.

Pre-fight rumors swirled of Mwakinyo (20-2, 14KOs) possibly withdrawing from Saturday’s show. It didn’t help that he did not arrive in time for the final pre-fight press conference on Thursday, though revealed by BOXXER founder and CEO Ben Shalom that the 27-year-old Tanzanian had touched down in country and was en route.

Mwakinyo will have not fought in exactly one year by opening bell, though rides a ten-fight win streak into the biggest bout of his career and second straight against a former titleholder. He is coming off a fourth-round knockout of former unified junior welterweight titlist Julius Indongo last September 3 in Dar-Es-Salaam, Tanzania.

Fittingly, Mwakinyo remains best known for his lone other trip to the U.K., traveling to the Birmingham hometown of Sam Eggington whom he stopped in a massive second-round upset in September 2018.

Smith (31-3-1, 16KOs) fights at home for the second time in his past three starts, bookending a tenth-round technical knockout of Jessie Vargas on April 30 at Madison Square Garden in New York City. The contentious battle of former titleholders saw Smith deliver his best performance in years, entering Saturday’s bout having won five of his last six starts. The lone loss was a questionable twelve-round, unanimous decision in favor of unbeaten Magomed Kurbanov in their junior middleweight title eliminator last May on the road in Ekaterinburg, Russia.

The co-feature pits the evening’s other local hero in action, as Liverpool’s own Natasha Jonas faces unbeaten Patricia Berghult (15-0, 3KOs). The pair of junior middleweight titleholders both weighed 149.4 pounds, well under the divisional limit for their scheduled ten-round unification bout.

Jonas (11-2-1, 8KOs) attempts the first defense of her WBO title that she acquired in a second-round knockout of Chris Namus on February 19 in Manchester. The bout saw the 38-year-old southpaw—who represented Great Britain in the 2012 London Olympics—move well up in weight, having previously campaigned and challenged for world titles at junior lightweight and lightweight.

Berghult hits the road for the third time in her past four starts, though she was already prepared to fight on an opponent’s home turf. The 28-year-old from Malmo, Sweden was previously due to face former undisputed welterweight champion and pound-for-pound queen Cecilia Braekhus earlier this summer in Colombia. The entire show was scrapped, leaving Berghult available to unify against Jonas.

Below are the weights for the rest of the bouts on the Sky Sports/Fite TV main card.

Below are the weights for the preliminary undercard.