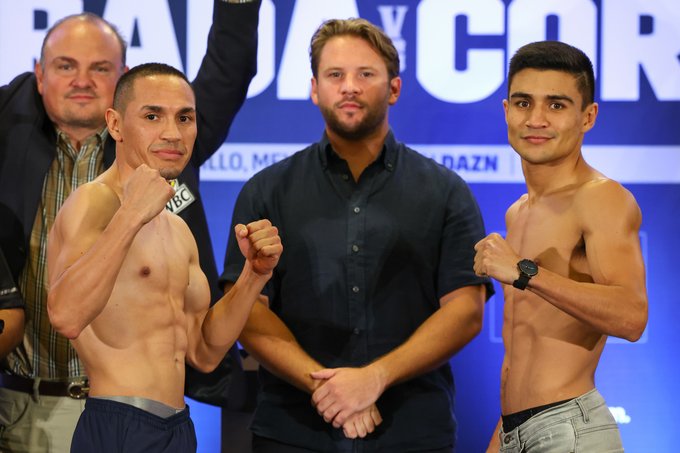 DAZN will be airing what is essentially viewed as a showcase fight for Juan Francisco Estrada this evening when the 42-3 world titlist takes on the 23-2-2 Argi Cortes in a scheduled 12 rounder at Hermosillo’s Centro de Usos Multiples. Estrada’s last fight saw the 32 year old win a searing contest over great Roman “Chocolatito” Gonzalez back in March of 2021. Estrada unified the WBA and WBC super flyweight titles that night. The WBC belt will be on the line Saturday night. With a future rematch with Gonzalez possibly being on the line, Estrada is certainly going to want to impress this weekend.

To his credit, Cortes has not lose a single fight in more than 7 years. Indeed, the 27 year old lost his third and fourth fights respectively before going on to win a whopping 21 bouts alongside 2 draws. The man’s resume is impressive. Estrada, however, is considered a level above Cortes, whose last fight was an eight round decision win over Rogelio Garcia back in May. With that being said, tonight represents nothing if not the chance of a lifetime for Cortes. Should he shock the world on Saturday, his stock will clearly rise significantly.

Cortes has a huge mountain to climb, however. Now only is Estrada sitting atop the super flyweight division, Cortes faces the extra challenge Saturday of trying to best Estrada in his hometown of Hermosillo. The local crowd will have good reason to be pleased with their fighter walking in. Aside from besting Gonzalez last year, Estrada has won against such names as Carlos Cuadras and Srisaket Sor Rungvisai. What’s more, Estrada has come back and defeated the only two men who have defeated him – Sor Rungvisai and Gonzalez. Add that to the fact Estrada has won titles in two different weight divisions and it’s easy to see why he’d be the favorite heading into tonight’s battle with Cortes in Mexico.