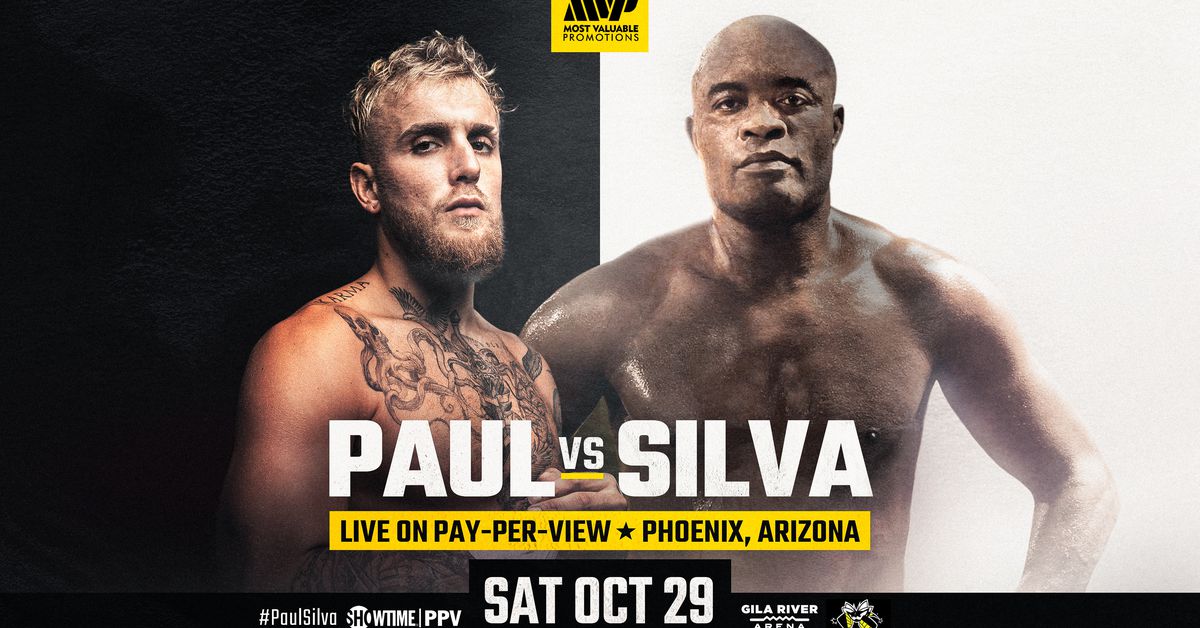 Jake Paul’s next fight is official, and he will be facing MMA legend Anderson “The Spider” Silva in an eight-round bout on Saturday, Oct. 29, at the Gila River Arena in Phoenix.

The bout will air on Showtime pay-per-view, of course, and will be held at a contract weight of 187 lbs, which is fair for both guys.

We talked a bit about this on today’s podcast, but I’ll say it again: I really like this fight. It’s a real fight. This is not another Ben Askren or Tyron Woodley for Paul; not only is Silva higher-profile and a bona fide legend, truly one of the best of all time in MMA, but he has also shown he can box.

In June 2021, Silva went to Guadalajara, Mexico, and got a decision win over Julio Cesar Chavez Jr in an eight-round fight. Chavez has obviously seen better days in his career, but Silva beating him was still considered an upset.

Now 47, Silva still moves well, and has the sort of craft and trickiness that Paul has not encountered yet. All of his other opponents were pretty much right there all the time. Silva should make things more difficult.

The fight comes along after attempts to face Tommy Fury and then Hasim Rahman Jr in August fell through for Paul. Paul himself is not doing the sort of trash talk he usually does, either.

“It’s an honor to have the opportunity to share the ring with the greatest UFC striker of all time. On Oct. 29, I will walk humbly into the ring, touch gloves with a living legend, and do my best to exterminate ‘The Spider.’”

“I know that in life everything has its purpose,” Silva said. “Nothing comes just by chance. So I thank God for my health, my family and my team for providing me with this opportunity to continue doing the thing that I love the most. I believe this will be the biggest combat event of the year and will truly make history in the sport forever.”

The two will hold press conferences on Monday, Sept. 12 in Los Angeles and Tuesday, Sept. 13 in Phoenix. Tickets will go on sale on Wednesday, Sept. 14, at 1 pm ET.