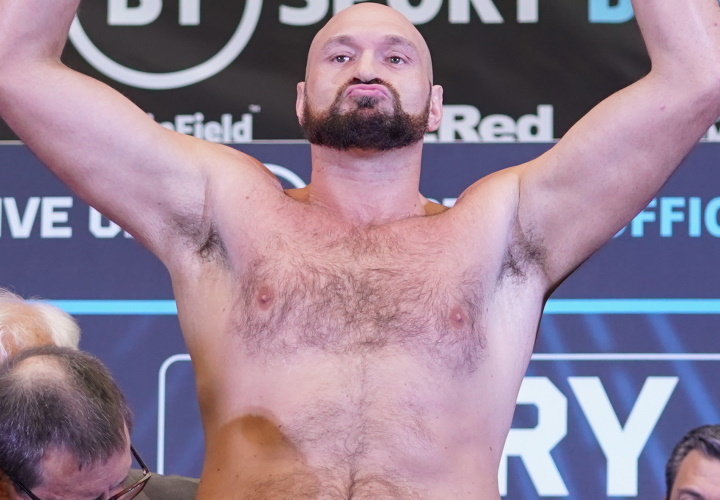 WBC heavyweight champion Tyson Fury feels confident that he would take down Oleksandr Usyk within six rounds of action.

Fury, 34-years-old, has been pressing Usyk to fight him sooner than later in an undisputed showdown.

Usyk was in action last month in Saudi Arabia, when he retained the IBF, IBO, WBA, WBO heavyweight titles with a unanimous decision win in a rematch with Anthony Joshua.

Fury and head trainer SugarHill Steward have already begun to study Usyk – with both believing the fight could be closed out in the first half.

“Me and SugarHill Steward both are convinced that if it goes six rounds, that’s a sh!t performance,” Fury told Seconds Out.

Usyk has made it clear that he won’t fight for the remainder of the year. He wants his body to heal up from last month’s physical defense, and he wants to spend time with his family. Usyk vowed to be ready to face Fury by early 2023.

Fury is not pleased with the delay – threatening to take an interim fight in the month of December.

Over the weekend, Fury began to call out Joshua for a year-end showdown in the UK.

“Usyk was calling me out after his last fight with Joshua, I’ve replied and said let’s do the fight this year, wherever they want to do it,” Fury said.

“I’ve been waiting for offers from countries to come forward, and all of a sudden Usyk has stated he doesn’t want to fight any more, he wants to fight next year, not this year. So, I’m not going to wait around for anybody, I’m announcing a fight next week.”