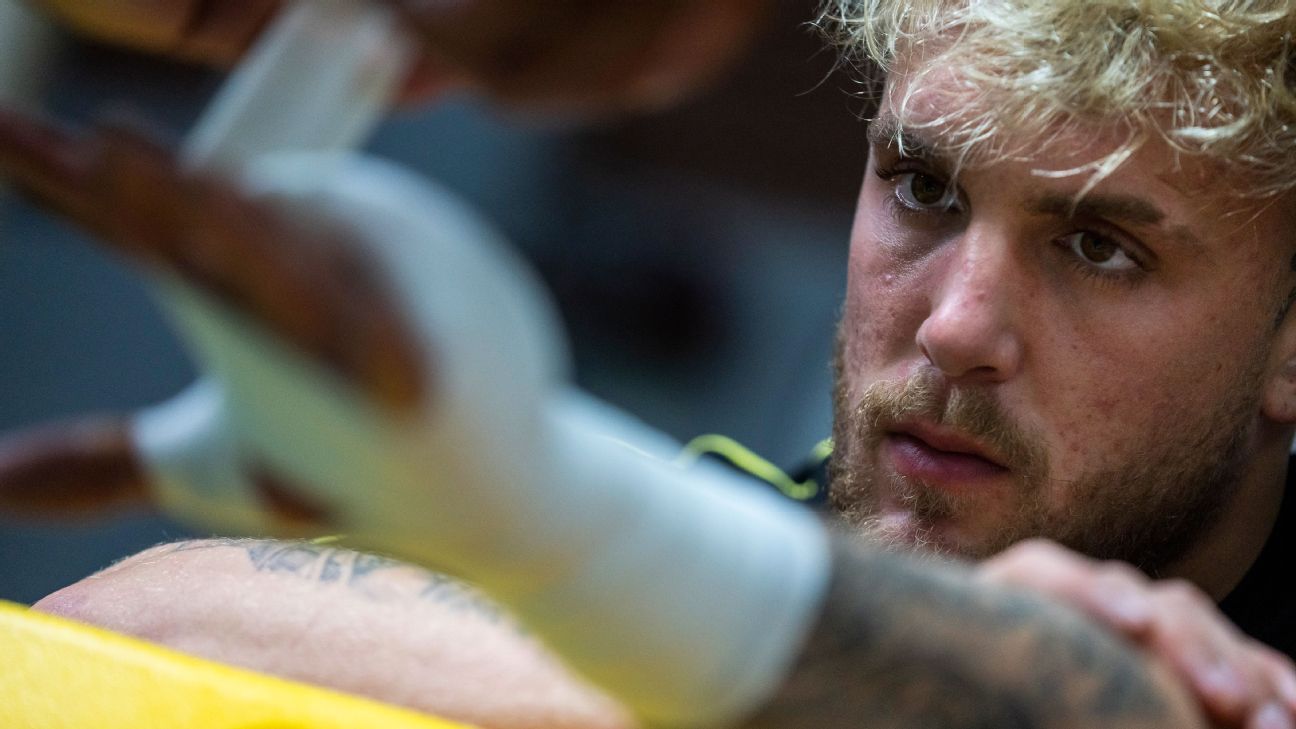 Jake Paul has found his next opponent — and he’s a combat sports luminary.

The YouTuber-turned-prizefighter will meet former UFC middleweight champion Anderson Silva in a boxing match Oct. 29 in Phoenix, Paul’s Most Valuable Promotions announced Tuesday. The bout will be contested at 187 pounds over eight three-minute rounds. Silva, 47, is one of the greatest champions in UFC history and holds the record for most consecutive victories ever in the promotion (16).

“The plan is for me to fight at 185 [pounds] going forward and that’s what I wanted this fight at given it was the weight Anderson Silva fought at during his reign as the most dominant UFC champion ever,” Paul told ESPN. “Anderson’s team asked if we could set the weight at 187, 2 pounds more than what I wanted. That level of professionalism and precision is appreciated, and of course I agreed to his request.”

Paul was supposed to fight Tommy Fury last month at New York’s Madison Square Garden, but Fury withdrew because of what he said were travel issues coming to the United States from England. Fury’s replacement was Hasim Rahman Jr., son of the former boxing heavyweight champion, but that bout was canceled because of weight complications with Rahman.

This will be Paul’s fourth fight against a former UFC fighter. Previously, Paul knocked out Ben Askren and went 2-0 against former UFC welterweight champion Tyron Woodley, the most recent bout a knockout win over Woodley in December. Paul has not fought since then.

Silva, though well past his prime, has a better résumé than both Woodley and Askren in MMA and boxing. He was the best pound-for-pound MMA fighter in the world for stretches during his lengthy title reign from 2006 to 2013 and one of the most creative knockout artists ever in that sport.

In boxing, Silva is 3-1 as a pro, with his best win coming over Julio Cesar Chavez Jr. last year. Silva fought Bruno Machado in an exhibition boxing match in May and looked solid there. He has also knocked out former UFC light heavyweight champion Tito Ortiz in boxing.

“I know that in life everything has its purpose,” Silva said in a statement. “Nothing comes just by chance. So, I thank God for my health, my family and my team for providing me with this opportunity to continue doing the thing that I love the most. I believe this will be the biggest combat event of the year and will truly make history in the sport forever. See you on October 29.”

Prominent people in combat sports, including UFC president Dana White, have been critical of Paul’s opponents, and White has even suggested that Paul should fight Silva, which would be more of a “real fight.”

“Anderson ‘The Spider’ Silva is the most versatile fighter the world has ever seen,” Paul said in a statement. “Just a year ago he outclassed boxing champion Julio Cesar Chavez Jr., and showed the world why he is often referred to as the greatest fighter of all time. Every expert, from MMA to boxing, has said Jake Paul won’t fight Anderson Silva. They said Jake Paul is afraid of Anderson Silva, and Jake Paul would lose to Anderson Silva. Well, to all the non-believers – Jake Paul is fighting Anderson Silva. It’s an honor to have the opportunity to share the ring with the greatest UFC striker of all time. On Saturday, October 29, I will walk humbly into the ring, touch gloves with a living legend and do my best to exterminate ‘The Spider.'”

“Jake Paul continues to take on challenges that other professional fighters at his experience level and popularity never have,” said Nakisa Bidarian, co-founder of MVP, in a statement. “Jake appreciates the platform that he has and always aims to provide fans with a compelling product that drives engagement. Anderson Silva is unequivocally the most exciting striker in UFC history. Those abilities have translated into his professional boxing career, and he most certainly has the ability to end Jake’s unbeaten streak. It’s an honor for Most Valuable Promotions to have one of the GOATs of combat sports headline our event. He is already a Hall of Famer in our books.”