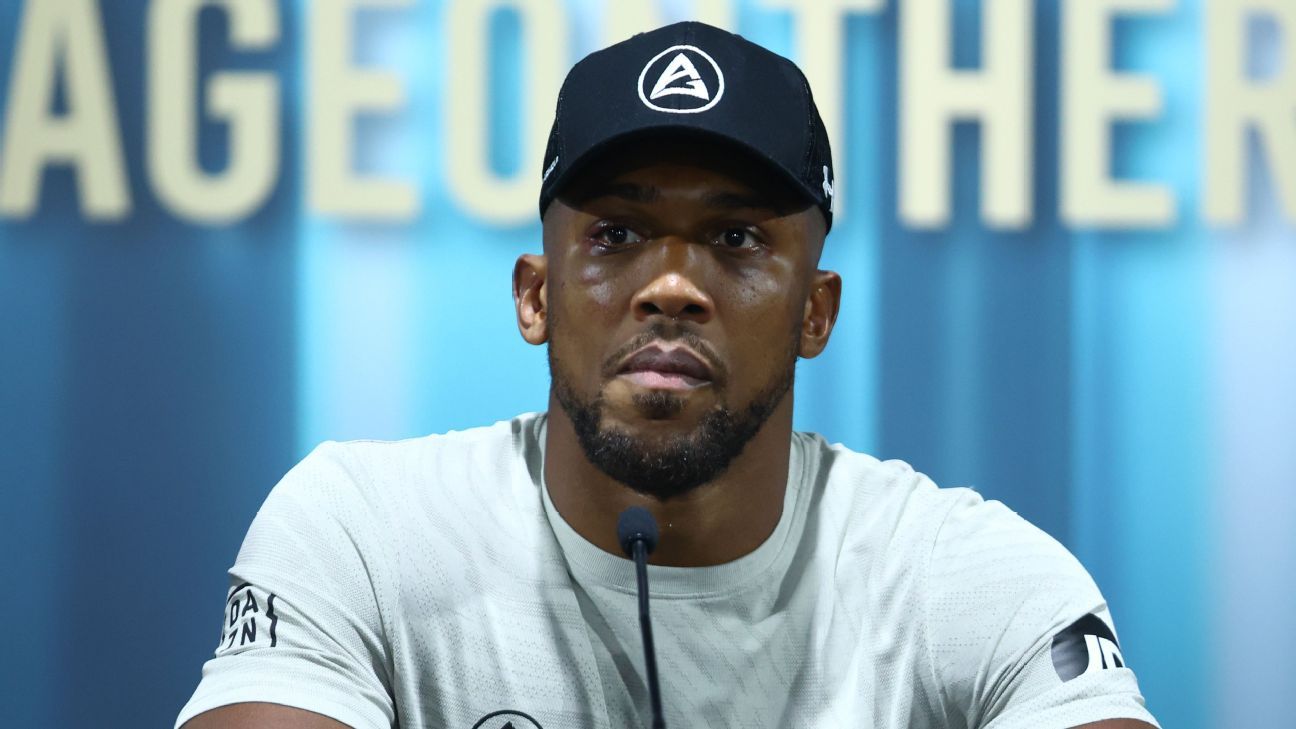 Anthony Joshua has accepted a 40-60% offer to fight WBC world heavyweight champion Tyson Fury, his promoter Eddie Hearn has said, with Fury taking the bigger share of the revenue.

Fury shifted his stance from insisting he was retired over the summer to claiming he was ready to fight WBA-IBF-WBO world heavyweight champion Oleksandr Usyk following the Ukrainian’s points win over Joshua on Aug. 20.

However, Usyk has ruled himself out of fighting again in 2022, provoking Fury to call out Joshua on Monday, saying he would be prepared to face his compatriot in a fight he dubbed the “Battle of Britain” in December, with Joshua responding later on Monday to say he would be “ready” for the proposed bout.

Fury’s co-promoter Frank Warren said on Tuesday that his team had sent a formal offer to Joshua. Hearn said he has now accepted the offer, with a fight potentially taking place on Dec. 17 in Cardiff.

Hearn told IFL TV on Wednesday: “So I went back this morning and said we accept 60-40, we want that reversed in a rematch, rightfully so, because you’re the champion here you want the bigger split, which I think is fair.

“We want to do the fight in December and interestingly they have Dec. 17… being held at Millennium Stadium [Principality], so that’s perfect, that’s perfect for us.”

The UK stadium capable of holding a boxing event in November or December is the Principality Stadium in Cardiff, due to its retractable roof. Outdoor stadiums in the UK, such as Wembley, are not often used to stage boxing events in the winter months due to the weather.

“I think it [60/40 split] is more than generous,” Fury told TalkSport on Wednesday.

“I didn’t want to go in and start offering them 20% like they would’ve done to me. However, I really want this fight to happen as Usyk — the little middleweight — doesn’t want no smoke like I thought he didn’t and now I’m going after AJ.

“I’ve already beat Deontay Wilder so there’s only one other person and that’s AJ – the bodybuilder! So, why not give him 40 per cent? Give him no excuses and let’s get the fight made for the British public.

Fury and Joshua previously agreed to face each other in 2020, when promoters were claiming the fight was valued at £200 million, but Fury went in another direction, instead fighting Deontay Wilder, while Joshua lost his three belts to Usyk.

“They have come back and said the split is more than generous, everything is good, they are just saying they want December,” Fury added to TalkSport.

“One of them is 11 weeks, one is 12, so if a professional athlete who is shredded all year round can’t get himself in shape in three months, there is a problem.”

Fury also claimed he has booked Old Trafford — the home of Manchester United — for Nov. 12 but that Joshua’s team thought the fight would be too soon.