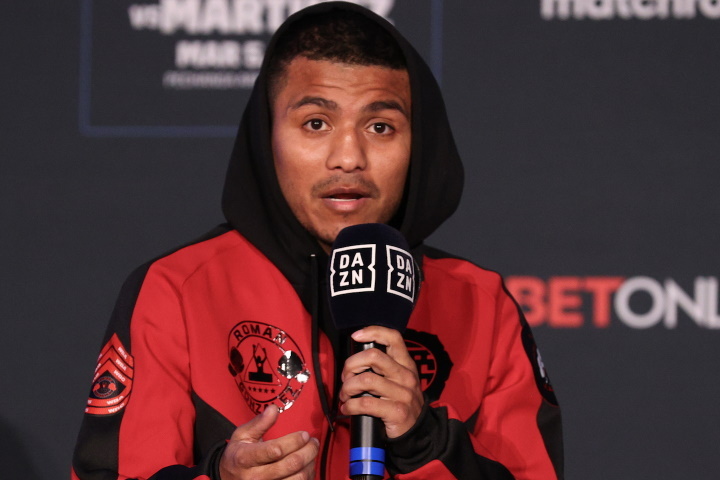 Out of respect for his opponents, Roman “Chocolatito” Gonzalez has normally refused to look past the task at hand. But while he’s largely thrown on his blinders and focused his efforts on taking down his longtime rival, Juan Francisco Estrada, the emergence of Jesse “Bam” Rodriguez has been difficult to ignore.

On a whim, the 22-year-old star audaciously moved up in weight at the beginning of the year to take on Carlos Cuadras for the vacant WBC super flyweight title. Although those surrounding Rodriguez expressed trepidation over his decision, the San Antonio native quickly placed their minds at ease.

On the night, Rodriguez (16-0, 11 KOs) made it look increasingly easy in the ring, dropping his man in the third round before cruising to a unanimous decision victory. For an encore, Rodriguez pummeled former world titlist, Sor Rungvisai, stopping him in the eighth round of their June 25th, bout.

As the buzz around Rodriguez’s name continues to build and considering the sublime skills that he brings to the table, Gonzalez (51-3, 41 KOs) is fully convinced that a matchup between them would produce mouthwatering results.

However, a fight likely won’t happen unless a lot of money is on the table, because the two boxers are good friends with mutual co-promoters in Teiken Promotions and Matchroom.

Ultimately, before Gonzalez completely entertains a showdown against the up-and-coming star, he first will attempt to close the door on his long-standing rivalry with Estrada.

For the second time in their Hall of Fame bound careers, both Estrada and Gonzalez waged an all-out war on March 3rd, 2021. While it appeared as though Gonzalez had reclaimed his super flyweight throne, the 35-year-old was in disbelief as Estrada was handed the split decision victory. With their series now tied at one apiece, the pair will look to prove their superiority over one another come December 3rd.