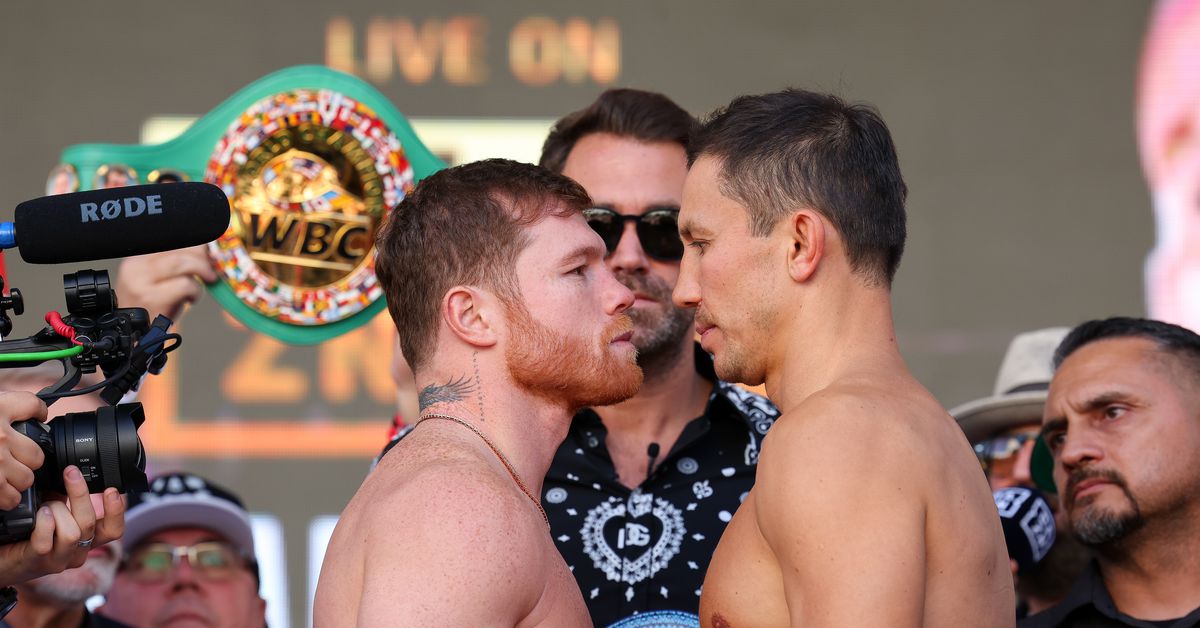 Canelo weighed in at 167.4 lbs, with GGG at 167.8, in what is his first serious fight over 160 in his long pro career. Both looked in good shape, not that anyone would expect anything less from two elite-level fighters.

“It’s not new. It’s the same like every time,” Golovkin said of another intense face off between himself and his rival. He also brushed off Canelo repeatedly predicting a knockout win, saying he “no comment” about that.

“Perhaps he saw nothing new in my eyes, but what he needs to see is what happens tomorrow,” Canelo said. “I want the knockout. I know it’s not going to be easy, he’s a great fighter. But I want to finish inside of 12 rounds.”

Listen to this week’s podcast!