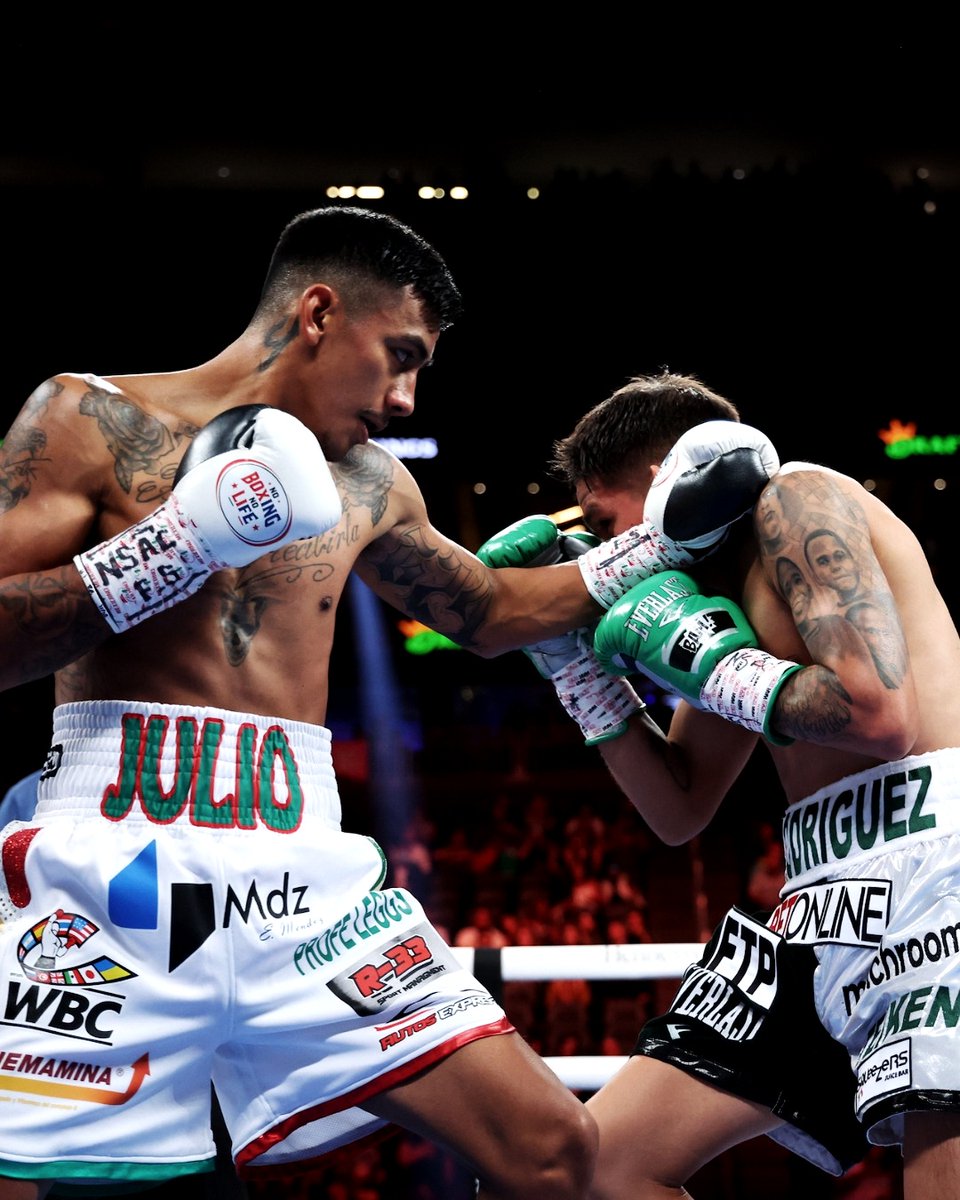 Jesse “Bam” Rodriguez, the 22 year old undefeated WBC super flyweight champion of the world slipped in between the ropes at Vegas’ T-Mobil Arena Saturday night to take on the 28-4-1 Israel Gonzalez in a championship affair scheduled for 12 rounds. This was the first defense of the 16-0 Rodriguez’ title as well as the co-main event of the Canelo Alvarez-Gennady Golovkin 3 pay per view card.

The pace was sharp and fast in the first, with both men throwing and landing solid shots, and Gonzalez wisely working the body. The second round was close and exciting but the southpaw Rodriguez did a better job, simply throwing and landing more punches. Rodriguez went on to effectively push the action in the third, but Gonzalez was repeatedly able to find his target with straight, stinging punches.

The fourth was a powerhouse affair, with each man throwing thunder. The tempo and action remained grueling in the fifth, though the fiery Rodriguez seemed to have edged it. The sixth was a war of attrition with each man throwing so frequently and violently that it literally was painful to watch at times, much less endure as a combatant. What made the seventh extraordinary is that both men were essentially able to maintain the same blistering pace they had set in previous rounds. Rodriguez’ shots, however, seemed to be taking their toll on Gonzalez.

Time was called in the eighth for an accidental clash of heads. The action resumed and Rodriguez appeared to finally start asserting control of the bout, but two low blows on Gonzalez caused the referee to deduct a point from the defending champion. Rodriguez continued working on Gonzalez in the ninth, perhaps giving himself the edge heading into the later rounds. The tenth was a high octane affair – but it was Rodriguez who clearly dominated.

Gonzalez went down from yet another low blow in the eleventh. Rodriguez then went on to dominate the round. Gonzalez gave it 110% in the twelfth and final round, but he was outperformed by Rodriguez nonetheless. He held onto his title by scores of 118-109, 117-110, 114-113