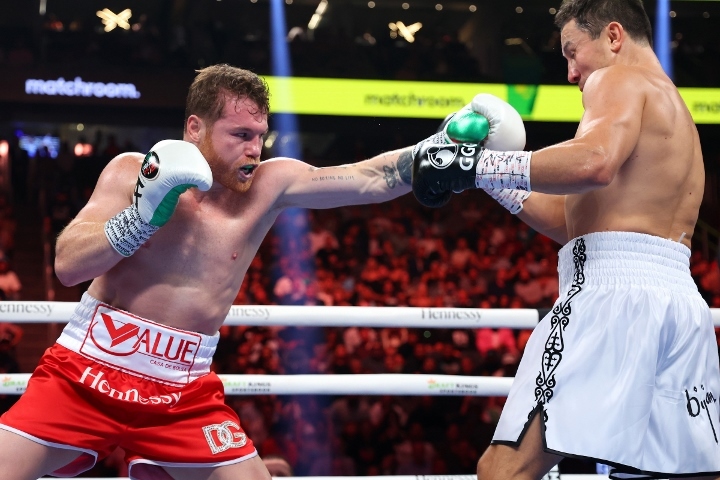 LAS VEGAS – Canelo Alvarez anticipates that surgery on his left wrist will keep him out of the ring until at least next May.

Alvarez announced after his 12-round, unanimous-decision victory over rival Gennadiy Golovkin on Saturday night that he’ll take his time while recovering from the procedure on his wrist that has become increasingly necessary since he beat Caleb Plant by 11th-round technical knockout last November 6. The Mexican icon will need somewhere between six and 12 weeks to recover once cartilage damage in his wrist is repaired, but the four-division champion plans to pace himself during and after the rehabilitation process.

“I’m gonna take my time,” Alvarez said during a post-fight press conference early Sunday morning at T-Mobile Arena. “My body needs [rest]. You know, last year I fought four times in 11 months. So, that is why. But I need to take my time a little bit. Maybe May, September, I don’t know. But take my time.”

Alvarez acknowledged that his left wrist hurt “really bad” during his third 12-round fight against Golovkin. The piercing pain in his wrist has become troublesome enough that Alvarez has determined he can’t endure another training camp without fixing it.

The 32-year-old Alvarez basically boxed a maximum of twice per calendar year for eight years before he fought four times between December 2020 and last November 6. His higher level of activity enabled Alvarez to become boxing’s fully unified super middleweight champion during a 10-month period in which he defeated unbeaten 168-pound champions Callum Smith, Billy Joe Saunders and Plant.

Alvarez (58-2-2, 39 KOs) defended all four of his 168-pound championships for the first time against Golovkin (42-2-1, 37 KOs), who made his debut at the super middleweight limit in their DAZN Pay-Per-View main event. In his previous appearance, Alvarez moved back up to the light heavyweight division for a 12-round, 175-pound title fight he lost decisively to unbeaten WBA champ Dmitry Bivol on May 7 at T-Mobile Arena.