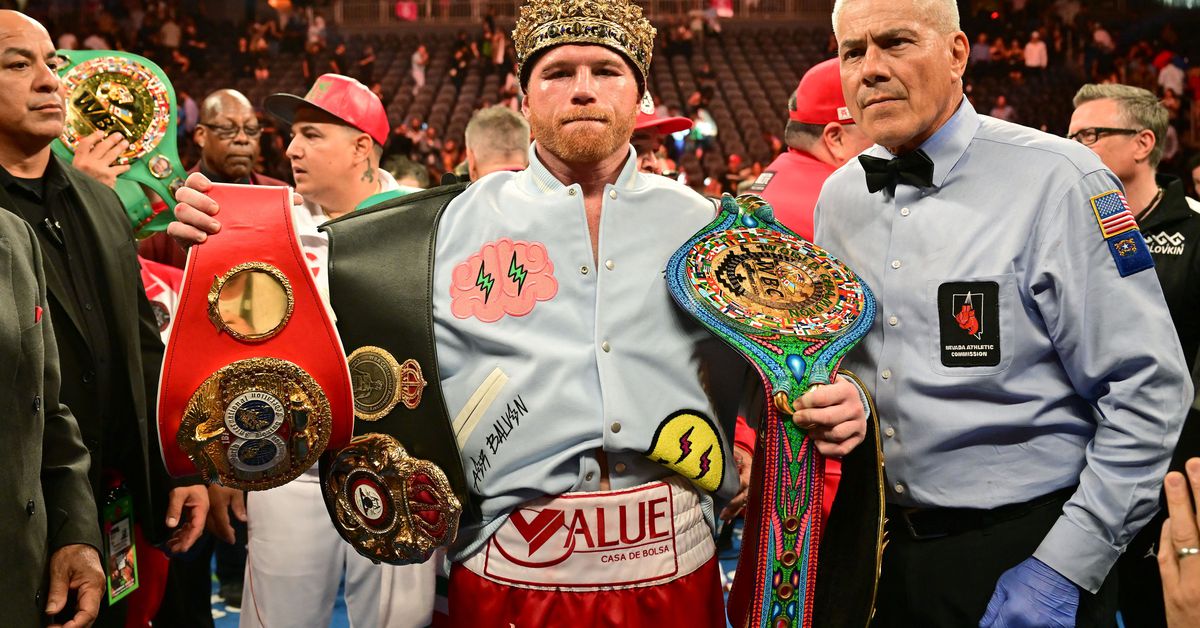 When someone becomes undisputed champion, they, by necessity, sacrifice autonomy. Four mandatory challengers leave very little time for creative endeavors; maybe the occasional one-off sojourn into a higher or lower weight class, but anything more creates a logjam.

Having cleared his immediate IBF obligation by beating Caleb Plant for the belt and with the WBA showing no signs of making him fight “world” champion David Morrell, Canelo Alvarez entered 2022 with just one overdue mandatory: Zach Parker, who was coming up on two years since he’d stopped Rohan Murdock in a supposed WBO final eliminator. Rather than face him, Canelo moved up to 175 to challenge Dmitry Bivol and the WBO set up an interim title fight between Parker and Demetrius Andrade. Not ideal as far as keeping the division moving, but fair enough.

Let’s fast-forward to now. When Canelo re-enters the ring, it will have been over a year since he, the undisputed champion, fought a ranked super middleweight. There’s a new purse bid coming up for Parker and Andrade after the first fight collapsed and it’s unclear if Morrell will ever fight Aidos Yerbossynuly, who won a WBA final eliminator in 2021. IBF mandatory William Scull only secured his spot in July, leaving just one man Canelo can fight next if the powers that be want to keep pretending that the rules apply to him: interim WBC champion David Benavidez.

WBC rules demand that a champion face at least one mandatory challenger per year, which is why Canelo had to take a pit stop to smash Avni Yildirim during his famed 2021 campaign. Canelo intends to return in May at the earliest, meaning he’ll have gone two years without fighting a mandatory. A second fight with Bivol cannot supersede this obligation if there is to be even a veneer of legitimacy on Canelo’s status.

I’m not holding my breath. The WBC’s rules also state that they can change their rules as they see fit, which is why Gary Russell Jr. had a two-year stretch where he only fought a pre-Galahad Kiko Martinez.

We’ve seen, in a broken way, how this is supposed to work with the ongoing Josh Taylor saga. Outside of the WBA jumping the gun, it’s been simple: the sanctioning bodies ordered mandatory defenses, he turned them down, he got stripped. Canelo got his victory lap, and now it’s time to do his job.

To be clear, I’m not saying he has to fight Benavidez because it’s an interesting matchup. Benavidez could have had this fight years ago if he’d kept his head on straight, and Canelo was under no obligation to hand him a title shot. Now, however, “El Bandera Rojo” is the only option.

And if notorious pissant Mauricio Sulaiman doesn’t want to follow his own rules, you can be damn sure the IBF has no qualms. It’s either fight Benavidez or lose his undisputed status anyway when they strip him for not fighting Scull.