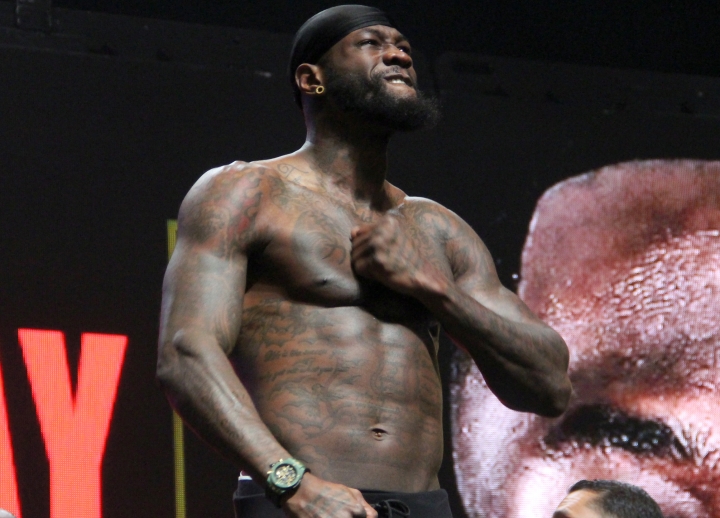 After a long and contentious trilogy against Tyson Fury, Deontay Wilder took a deep breath. Though he no longer had his WBC heavyweight title, the Alabama native’s bank account was plush with generational wealth. Considering his financial success both in and outside of the ring, Wilder thought long and hard before ultimately deciding to continue his career.

As the now 36-year-old moves forward, he’ll look to regain that winning feeling on October 15th, when he squares off against Robert Helenius in Brooklyn’s Barclays Center.

In an effort to get back on track, Wilder has immured himself in an arduous training camp, while enduring countless rounds of sparring. For Wilder, the hope is to eventually place Helenius on the seat of his pants. However, should the hard-hitting former titlist come up short, he doesn’t believe that a defeat will sully his name. Having defended his WBC title a total of ten times, tied with Muhammad Ali for the fifth most in heavyweight history, coupled with the reputation as being a devastating knockout puncher, Wilder is of the belief that he’s solidified his standing as an all-time great.

“I do,” said Wilder to BoxingScene.com when asked if he’s done enough to make the Hall of Fame. “I’m a Hall of Famer right now.”

Outside of his three showdowns against Fury, Wilder (42-2-1, 41 KOs) carefully ushered all of his opponents to the canvas and into the medical tent. Nevertheless, Helenius has found the sort of form that he’s spent the past several years searching for.

Adam Kownacki, a former hot-shot prospect who was on the verge of his own heavyweight title challenge, met his unexpected demise against Helenius on back-to-back occasions. With momentum squarely on his side, the 38-year-old has beamed with conviction, despite being considered a sizable underdog.

Wilder, though, has brazenly stated his ultimate goal…a second title reign. But even if the loquacious former champion is unsuccessful this time around, keeping him out of the Hall of Fame is virtually impossible in his mind.

“I already know when those five years are up and I’m done competing, I’m automatically in the boxing Hall of Fame, no questions asked. If not, I’ll be very surprised.”