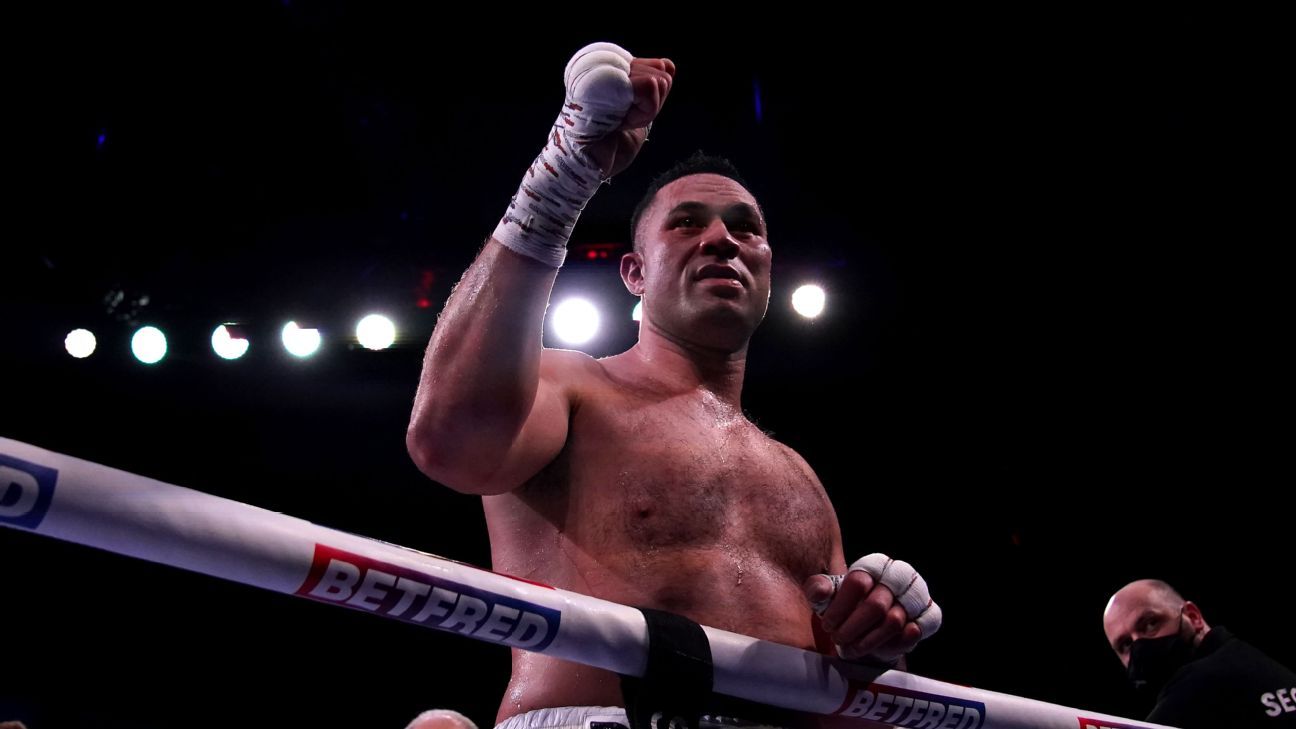 Joseph Parker feels he is in a good place ahead of Saturday’s fight with Joe Joyce and says he is a better boxer now than he was four years ago, when he was WBO world heavyweight champion.

The New Zealand boxer, who faces Joyce for the WBO interim title, says he has improved since he switched to trainer Andy Lee and started training alongside WBC world heavyweight king Tyson Fury.

Parker (30-2, 21 KOs) faces Fury’s fellow Englishman Joyce (14-0, 13 KOs) at the Manchester Arena, not far from where Parker has prepared in Fury’s home town of Morecambe, on the northwest coast of England.

The winner will be first in the queue to challenge WBO-WBA-IBF champion Oleksandr Usyk in 2023, assuming the Ukrainian does not opt to face whoever holds the WBC belt in his next fight after he has recovered from injury.

Lee, from Ireland, a distinguished former middleweight who held the WBO title from 2014-2015, guided Parker to two points wins over Derek Chisora last year which revived the New Zealander’s career following points defeats to Anthony Joshua — for the WBA, IBF and WBO world titles — and Dillian Whyte in 2018, before a disappointing performance against Junior Fa in 2021.

“When I was [WBO] champion, I wasn’t committed to being a champion,” Parker, 30, told ESPN.

“If I could change things in hindsight I would, because I know now what I could have done as champion. It’s all about learning and you have to get through these things in life.

Parker, who made two defences as WBO world champion from 2016-2018, says he is also thriving by working alongside Fury, regarded as the division’s No.1 after wins over Deontay Wilder and Whyte. The pair train alongside each other, but have not sparred.

“This is the third training camp with Andy, and it has been the best yet,” Parker said. “There was nothing wrong with my old team of Kevin Barry, but my performances weren’t the best and I felt like I just needed the change, a new environment to give me that spark. Training with Andy has sparked that excitement in boxing for me.”

Thanks to his friendship with Fury, Parker is targeting other potential opponents such as Usyk, who earned a second successive points win over Joshua in August.

“I do bits and pieces with Tyson as well in the gym,” Parker said.

“When Tyson is around we go for runs together and work in the gym too. He’s one of those characters that brings good vibes and it’s great for me to train alongside him. He’s top of the tree and to be the best, to train with the best, it’s just a great environment to be in.

“I know I’m highly ranked with the WBC but Tyson is occupied with his own fights with Joshua maybe and Usyk,” Parker noted. “I’ve got Joyce next and then the rematch in December, and in terms of fighting Tyson I don’t think it’s even close. I don’t think there should have been a rematch clause with Joe Joyce — he’s not champion, but his team felt it was necessary for him.”

Parker can take a big step towards fighting for a world title in 2023 if he beats Joyce, 37, the WBO mandatory challenger.

“For a big man, Joyce moves quite well with angles and he hits to the body and head well,” Parker said. “He does get hit a bit and he has a relentless style. I can make this a fight I can control, but if I’m not focused I can make it a hard fight.”

Also on the bill is seven-weight champion Amanda Serrano, who will take part in her first fight since losing to undisputed world lightweight champion Katie Taylor when she attempts to unify the world featherweight titles against Sarah Mahfoud.

Serrano (42-2-1, 30 KOs), from Puerto Rico but based in Brooklyn, New York, will defend her WBC and WBO titles against unbeaten IBF champion Mahfoud (11-0, 3 KOs) from Denmark.