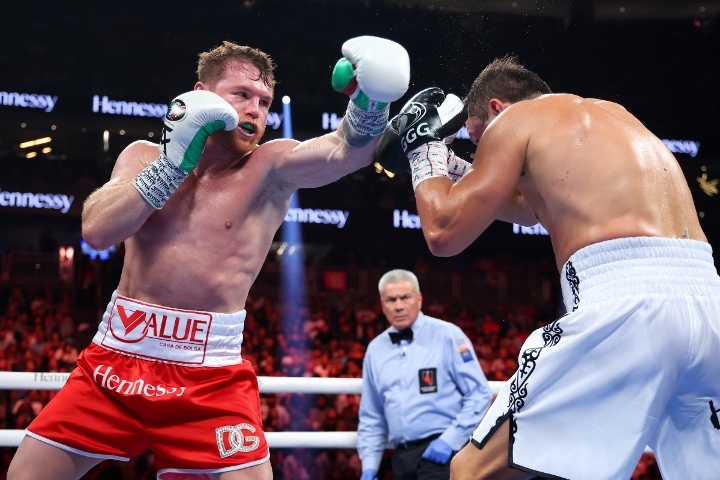 Before Gennadiy Golovkin and Canelo Alvarez swapped fists in the center of the ring this past weekend, Bob Arum had a hunch that the current unified middleweight champion was in over his head. Although both Alvarez and Golovkin fought 24 competitive rounds against one another in years past, the Mexican star proved to be several steps ahead of his 40-year-old foe.

For long durations of their showdown, Golovkin (42-2-1, 37 KOs) fought apathetically. As a result, Alvarez seemingly had no trouble controlling the tempo of their bout before cruising to a close but clear unanimous decision.

While Golovkin was unable to register the win, Arum dismisses the idea that the future Hall of Famer is completely over-the-hill. However, bearing in mind his age, Arum does admit that Golovkin is unquestionably at the end of his pugilistic rope.

“GGG has a lot of boxing ability,” said Arum to BoxingScene.com. “So I think he’s still an elite fighter. But 40 for a boxer, particularly in the middleweight division, is a big number. So has his skills eroded? I think the answer is yes.”

With the final chapter in the Golovkin vs. Alvarez book officially closed, Golovkin will now look to move forward. Moments after suffering just the second defeat of his career, Golovkin, who moved up to 168-pounds to take on Alvarez, stated that he fully intends on defending his unified middleweight throne.

Though he isn’t under Arum’s promotional thumb, Top Rank’s head honcho has a hard time envisioning Golovkin’s next move. This past weekend, with the former Olympic silver medalist banking somewhere in the ballpark of $30 million, Arum views his inflated purses over the years as a true impediment to making desirable matchups for Golovkin in the immediate future.

“He’s used to earning so much that it’d be difficult to get him in the ring with a normal middleweight who doesn’t command that kind of purse.”