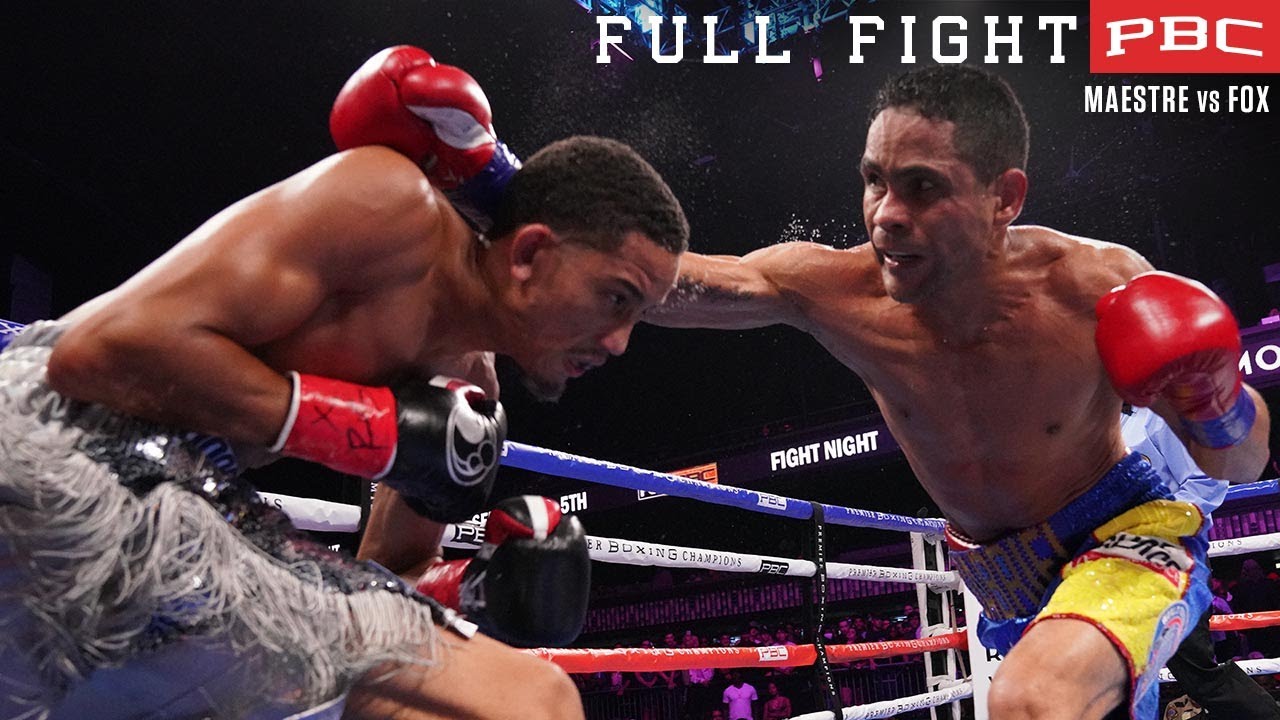 Gabriel Maestre made a worthy sacrifice. He bypassed a shot in Tokyo, Japan, for Olympic gold with the thought that he would be fighting 5-foot-10 Canadian southpaw Cody Crowley. But when Crowley fell out due to COVID-19, another fighter had to be looked up to replace him.

The 5-10½ Maestre didn’t think he would be looking up, and up, and up at towering 6-3½ southpaw Mykal Fox for a chance at the interim WBA world welterweight championship.

The 34-year-old Maestre was a two-time Olympian for Venezuela. On a week’s notice, Fox, 25, took the fight looking to rebound from a 10-round decision loss in August 2020 to Luke Santamaria, who beat Devon Alexander earlier in the night.

Judges David Singh, Gloria Martinez and John Mariano saw a different fight than many at ringside saw. Maestre was awarded a unanimous decision by Singh (114-113), Martinez (117-110) and Mariano (115-112), even though Fox knocked down Maestre in the second and won the paper fight on the punch stat sheet.

Maestre (4-0, 3 KOs) was magnanimous in victory, willing to grant Fox a rematch.

“The strategy was just to keep fighting him for 12 rounds,” Maestre said. “I just wanted to stay close to him and make sure I kept throwing punches. Fox definitely surprised me. He was a very good boxer. When I was knocked down, I didn’t see the punch coming. He didn’t really hurt me though so it was no problem to get up and keep going.

“I think the key was that I was throwing multiple punches and combinations. That was the strategy from start to finish. Fox fought very well and he deserves a rematch. It was a very close fight. If my team says that’s what they want, I’ll be ready to fight him again.”

With 2:51 left in the second round, Fox (22-3, 5 KOs) dropped Maestre for the first time as a pro with a fist-turning, blunt counter left to the chin. Maestre responded well. Poised and composed, Maestre crowded Fox against the ropes.

Fox used his length and distance exceptionally well. When Maestre, who went beyond four rounds for the first time, tried loading up, Fox was not there. The times Maestre was forced to reach Fox, he left himself exposed for Fox to drop a left to his midsection.

By the seventh, Maestre’s left eye was beginning to swell. In a microcosm of the fight in the last minute of the seventh, Fox ducked under a Maestre left hook and went back to poking Maestre with the jab.

Maestre was aggressive throughout, constantly charging Fox. He also fired the heavier punches.

“I’ve definitely fought fighters tougher than Maestre. I hit him with jabs all night. Look at his face and tell me he won that fight.”