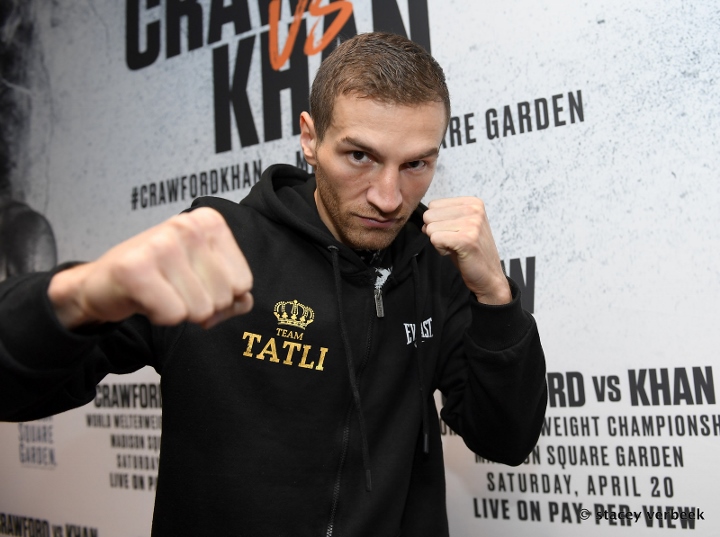 One of Finland’s best fighters in the modern era, lightweight Edis Tatli, has announced his retirement. The 35-year old Tatli last fought in 2019 and then suffered a long series of shoulder- and hand injuries. That along with Covid-19 kept him out of the ring and now he’s decided to retire.

Tatli, who leaves the ring with a 32-3 record, turned pro in 2007 and won the EBU lightweight title twice and challenged then WBA champion Richar Abril in 2014 but lost on points.

In the biggest fight of his career, he fought Teofimo Lopez at the Madison Square Garden in New York City but was knocked out by a body shot in the fifth round.

Edis Tatli was throughout his career trained by Pekka Maeki.

Friday’s boxing will take place at Oasis Resort and will be streamed live on ProBox TV and the ProBox App beginning at 9:00 pm ET / 6 pm PT.

In the main event Cristopher “Pollo” Lopez (15-0-1, 10 KOs), from Guadalajara, Jalisco, Mexico, will battle Alejandro “El Conejo” Diaz (11-4-2, 6 KOs), from Mexico City, Mexico for a WBC Regional Title. Of the ten fighters on the televised portion of the card, seven are Mexicans, as that is the plan and the plan moving forward – Mexican prospects on the Mexican shows.

The second Marquez Promotions event will take place November 18 also at Oasis Resort.  In 2023, there will be monthly events throughout Mexico (Mexico City, Monterrey, Culiacan, Acapulco, Guadalajara) all streamed live on ProBox TV.