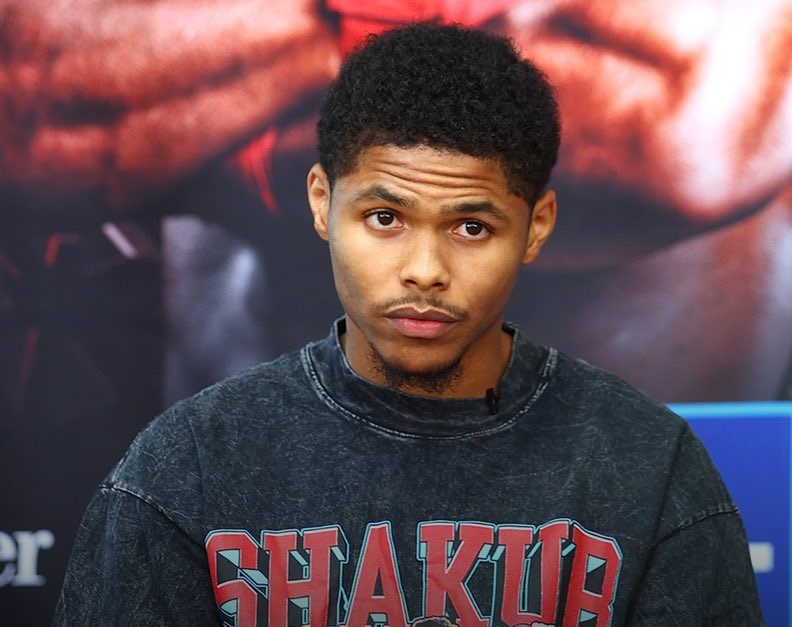 Shakur Stevenson takes on Robson Conceicao in a twelve round main event tonight at Newark, New Jersey’s Prudential Center. The fight will be aired live on ESPN and ESPN+ starting at 10 PM eastern time. The 18-0 Stevenson was supposed to be defending his WBO and WBC junior lightweight titles, but was stripped of those belts yesterday when he made it clear he couldn’t or wouldn’t lose the 1.6 pounds required to maintain ownership of his belts. The 17-1 Conceicao on the other hand, can take possession of those belts should he defeat Stevenson this evening.

The truth is that 2016 gold medalist Conceicao is no joke. His one loss was to Oscar Valdez and not everyone was comfortable in thinking the judges rewarded the right man that night. As for Stevenson, he’s been red hot (until at least yesterday), unifying the titles he’s now been stripped of just last April when he bested the same Valdez that handed Conceicao his only defeat. Stevenson has made it clear he’s going to move up to lightweight after this evening. He may be the hometown favorite (he’s originally from Newark, after all), but it would be quite a career hit should Conceicao walk out of the ring with the WBC and WBO belts this evening.