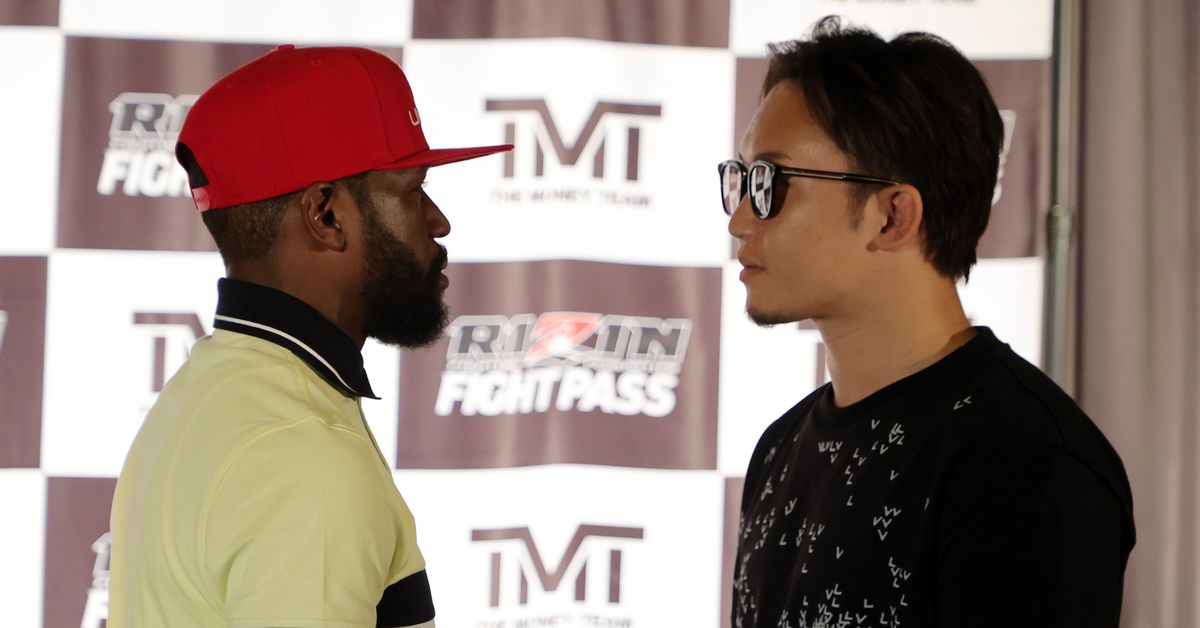 Floyd Mayweather returns to the ring tonight from Saitama, Japan, taking on MMA fighter Mikuru Asakura in an exhibition boxing bout at the RIZIN 38 MMA event at Saitama Super Arena.

Mayweather, 45, has made some money trotting the globe for these exhibitions since retiring from competitive boxing seemingly for good in 2017. This will be his second major exhibition in Japan; at the end of 2018, he smashed Tenshin Nasukawa inside of a round.

We’ll have live updates and round-by-round for whatever that’s worth in this stream: