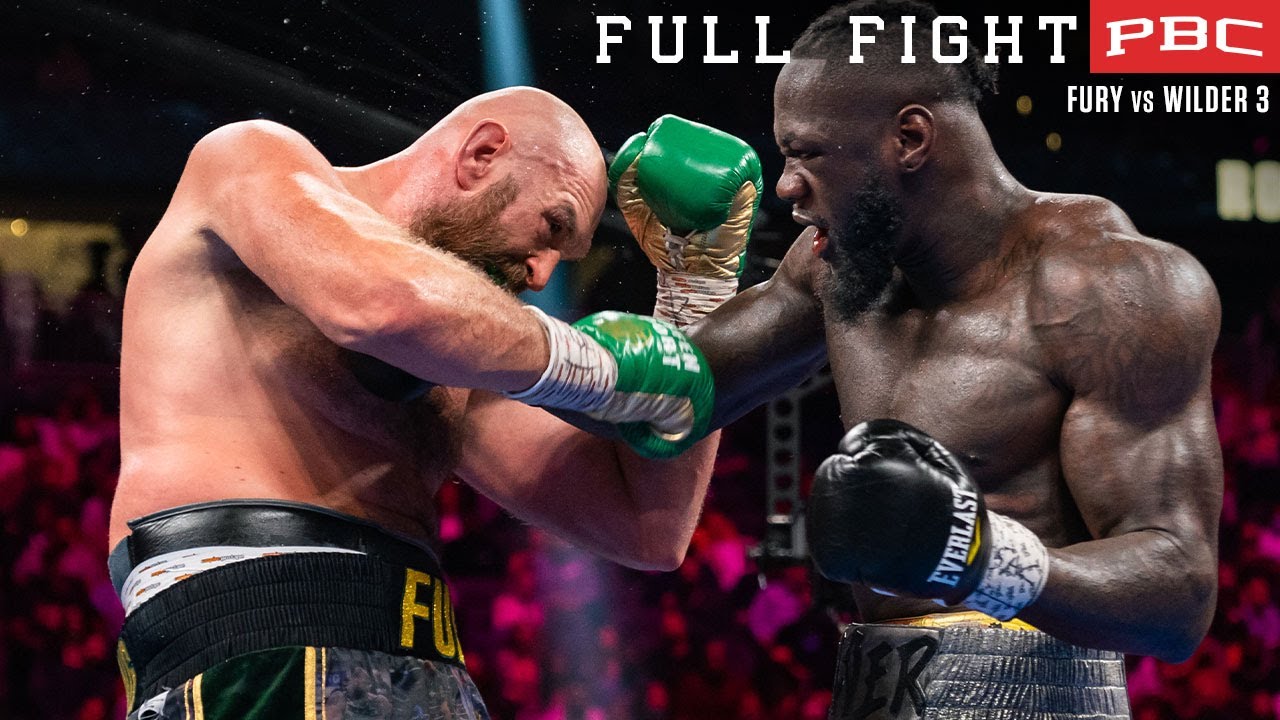 Video
Share on Facebook
Share on Twitter
Share on Pinterest
Share on LinkedIn
(Oct. 9, 2021) In an incredible back-and-forth that included five knockdowns and countless exchanges, Tyson Fury retained his WBC Heavyweight World Title and lineal crown with an eleventh-round TKO win over former long-time champion Deontay Wilder in an ESPN+/FOX Sports pay-per-view live from the T-Mobile Arena in Las Vegas.

Fury got off to a hot start in the first round, landing quick one-two’s while Wilder worked the jab to the body. A hard right toward the end of the round punctuated it for Fury, as did another in the second.

The action heated up in the third when a big Fury right sent Wilder tumbling to the canvas. The game slugger from Tuscaloosa, Alabama rose to his feet, surviving the follow-up until the bell rang moments later.

With Wilder (42-2-1, 41 KOs) on unsteady legs in the fourth, Fury pounced, looking to finish him off. But just when it appeared that the fight was about to end, the “Bronze Bomber” uncorked a perfect short right followed by another, driving Fury to the mat.

Fury made it to his feet but was down again moments later when another Wilder flurry floored him. The bell rang seconds after he got up.

Wilder started strong in the fifth, blasting Fury with more rights. The “Gypsy King” maintained his composure, digging to the body in close quarters.

The inside work slowly wore Wilder down. He was dropped again in the tenth from another Fury right and then a third and final time in the eleventh via a crunching right cross. Referee Russell Mora mercifully rescued the brave warrior, ending the fight at 1:10 of the round.