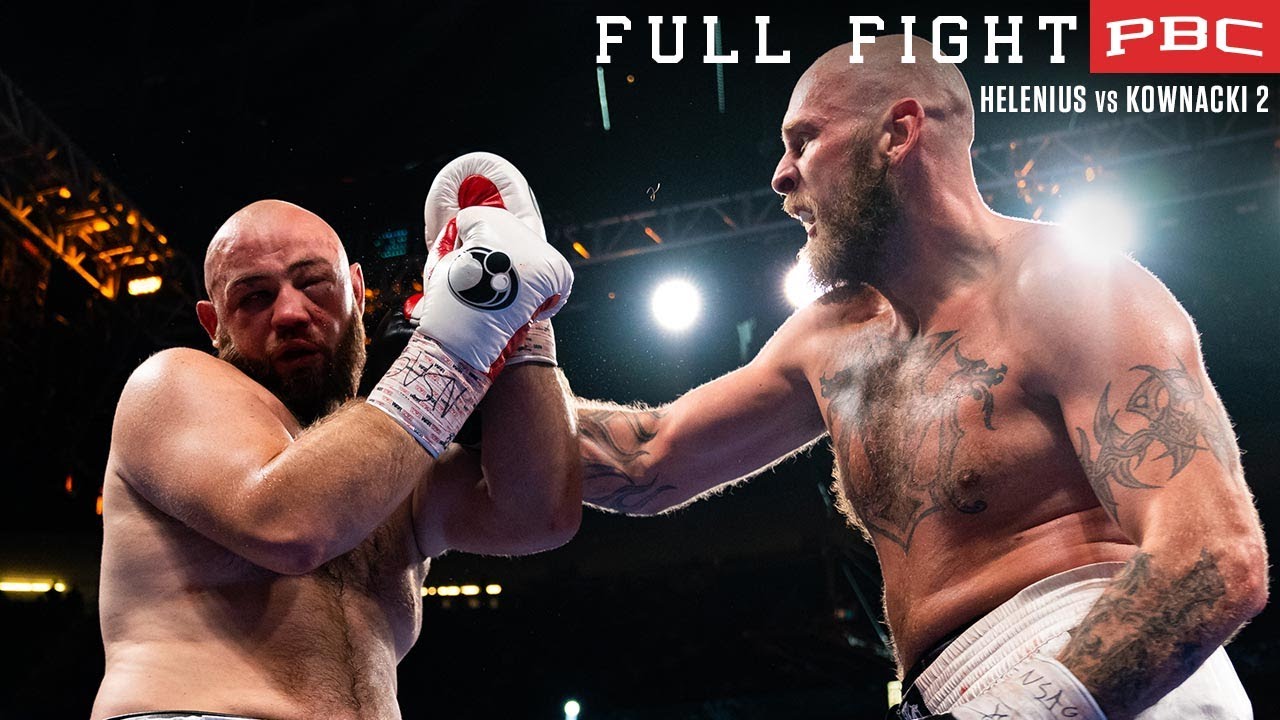 “It was good,” Helenius said of the ending. “Either way, it would have been a stoppage. I had a lot of good shots tonight and he didn’t have any.

“I expected [this win] because, what does he have? Don’t get me wrong, he’s a good brawler, but I’ve been fighting brawlers for 20 years. I know how to deal with them, even if they are hitting me low or behind the head. That doesn’t bother me.”

Helenius used his height and length to box in the first, working the jab up and downstairs and briefly buckling Kownacki with a right toward the end of the stanza.

Kownacki came alive in the second and third, throwing punches in bunches, but earned a warning for two low blows that sank Helenius to his knees. The “Nordic Nightmare” took over from that point on, closing Kownacki’s left eye and bloodying his nose with thudding power shots.

The steady hammering continued until the sixth, when Kownacki landed another low blow. Referee Celestino Ruiz examined Kownacki as he warned him for the infraction and decided to halt the action.

“Right now, I want to go home to my family,” Helenius said. “I’ve been away from them for four weeks. Then we can worry about what’s next.”