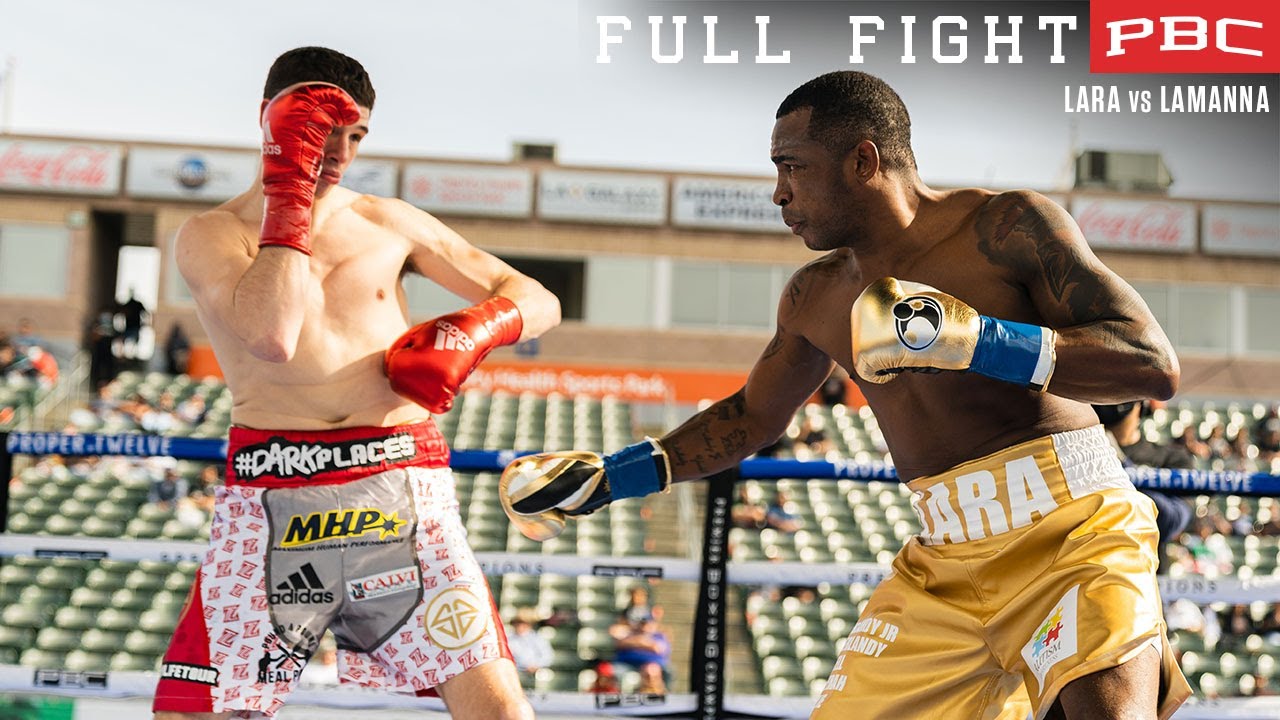 “He said at the press conference that he was going to knock me out, but he ran right into that punch,” said Lara. “Maybe he was overthinking it all along.”

Cuba’s Lara became a three-time, two-division champion in his middleweight debut, after an extended run as one of the 154-pound division’s elite fighters. Lara found a home for his left hand early in the first round, and eventually timed a perfect one that caught LaManna and sent him to the mat. Referee Thomas Taylor immediately jumped in to halt the bout at 1:20 into the round.

After the triumph, Lara expressed his desire to seek out the biggest fights at 154 and 160-pounds.

“I felt strong and sharp tonight at middleweight, but I still want all of the big fights at 154-pounds too,” said Lara. “I want the winner of the Jermell Charlo-Brian Castaño unification fight. (WBC Middleweight Champion) Jermall Charlo is like family, we worked in the same gym for years, but this is a sport and I’d welcome the challenge.

“I feel great physically. I’m going to keep doing this until my body tells me I can’t do it anymore. I don’t feel like I’ve taken a lot of punishment in my career and I know I have at least another three years of my prime left.”